A Closer Look At The Steel Business In 2005

I recently attended the Metal Service Center Institute (MSCI) Carbon Conference in Palm Springs, California to learn about the forces shaping our steel and other metal supply lines and new developments in metals that are on the horizon. The conference included presentations by mill representatives, economists and other industry speakers.

Probably the most insightful comments were made by Andrew G. Sharkey III, president and CEO of the American Iron and Steel Institute. According to Mr. Sharkey, the 2004 North American steel market is the direct result of the convergence of five factors into a perfect storm that transformed the industry: 1) the simultaneous economic recovery, both in North America and throughout the rest of the world, fueled the high steel demand; 2) exchange rates prevented the dumping of steel into the North American market; 3) consolidation of the industry and a change of the business model; 4) the emergence of China's manufacturing sector; and 5) a tightening of the metal supply worldwide. 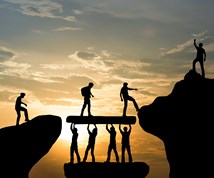 As we look at these same factors in 2005, we can see that not much has changed. In short, the market for steel and other metals has not been merely adjusted, but transformed in response to this new reality.

In 2004, the U. S. economy expanded about 4 1/2 percent (adjusted for inflation), which is one of the highest growths in the past 25 years according to economist Dr. Ken Mayland. What is in store for us in 2005? Dr. Mayland predicts that economic growth will be greater than 3 percent.

Globally, gross domestic product (GDP) increase was at 4.6 percent in 2004 and is forecast to be around 3.6 percent in 2005. These figures point to a continued strong demand for steel and metallic products. The inference for our industry is that there will be no let up in demand for products made from metals.

In late 2003, the euro reached parity with the U.S. dollar. By the end of 2004, the euro's value had climbed to $1.36 or more. That made European steel and other products more expensive to buyers with U.S. dollars.

Today's rate of $1.28 (as of February 2005) remains above that of the first 10 months of 2004 and all of 2001 through 2003. Foreign goods continue to cost more in dollar terms, making supply relief for steel and other metal feedstock more expensive and less likely to come from European mills.

Consolidation of the steel industry

Over the past few years, more than 55 million tons of steel capacity was refined in the furnace of bankruptcy reorganization, and more than 30 million tons of that capacity was closed down. Customers buying steel-made products can no longer count on finding a weak supplier to undercut market pricing just to get an order.

The metals industry in general and the steel industry in particular attracted little interest from the capital markets, reflecting the low or negative profitability of most companies in these sectors. The surviving companies are disciplined and working with a new business model. They are not likely to participate in any original equipment manufacturer-mandated campaigns to transfer wealth from their supply bases as a crutch to prevent them from addressing and fixing their own problems.

The emergence of China's manufacturing sector

The giant sucking sound we all heard in 2004 was the demand for metallics by the awakening manufacturing sector in China. Its 9.5 percent GDP increase in the fourth quarter of 2004 is evidence that the price escalation will continue based on higher demand for raw materials and energy.

Tightening the supply of worldwide metallics

This trend is sure to continue in 2005 and beyond as raw materials suppliers lock in price increases via contracts, and as new capacity for steelmaking comes online, its demand increases.

By 2008, more than 3.3 million tons of new capacity is slated for completion in the NAFTA zone alone. World demand is currently at or exceeding world capacity for many essential ingredients including nickel, molybdenum and coke. Iron ore prices increased 20 percent in 2004, with some commentators looking for 30 to 50 percent increases in 2005.

My discussions with mill executives and other metal industry attendees failed to reveal evidence that any of the above trends are likely to slow or reverse anytime soon. Lines of supply to the precision machined products industry remain tight. However, our suppliers are, for the first time in many years, in a more sustainable, financially responsible condition.

Disciplined approaches to markets and pricing will be the order of the day. More than anything else, the lesson of the 2004 metal markets has convinced me (and should convince you) that relationships with suppliers do matter, not only for our suppliers and us, but also for our customers.

If we are to meet suppliers and customers halfway, I expect that we will blow our travel budgets in 2005. That might be the best news this year. To quote Andrew G. Sharkey III, "The business model and our prospects for our industry are the best they have been in 25 years."