In a lean effort to do more with less, this company replaced the stock room shelving with four Kardex-Remstar horizontal carousels integrated with pick-to-light technology and FastPic inventory management software.

Prior to introducing automation into the stockroom, each worker focused on picking one order at a time and visited fast moving part locations several times a day. Now, however, one worker can batch pick as many as six orders simultaneously without walking or searching for parts.

The ability to add new parts to the system on the fly is important. New parts are identified upon receipt, added to the FastPic software and stored in the carousels. It’s a 30-second process to create the part number, enter the information, and set it up with the location.

In today’s fast paced manufacturing world, time is money. The right mix of trained workers and required parts to keep the manufacturing floor running is vital to success. Using lean manufacturing initiatives to reduce waste in the manufacturing process can help organizations find the right mix that leads to profit. Saia Burgess, a motion solutions manufacturer, is continually looking at ways to make itself leaner when it comes to waste.

With a company-wide push toward lean processes and waste cutting, Saia Burgess turned its attention to the warehouse. “Lean initiatives were going on throughout the company, in every department,” says Tim O’Brien, materials manager. “Part of lean is taking out the waste and looking for better ways of doing things, and the warehouse was right for that.” 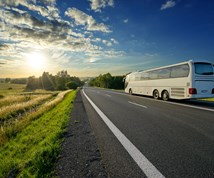 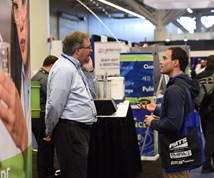 To keep nine manufacturing departments operating efficiently, the company keeps a little more than 10,000 SKUs on hand, previously stored on shelving. “It became apparent we were doing a lot of very redundant activity through the day,” Mr. O’Brien says. “We sometimes go to the same spot 10 or 12 times a day to pick the same part, just for a different work order.”

In a lean effort to do more with less, the company replaced the stock room shelving with four Kardex-Remstar horizontal carousels integrated with pick-to-light technology and FastPic inventory management software. Seventy percent of all parts (6,800 SKUs) are stored in the new carousel system, with bulk SKUs remaining in the shelving. “We shrank the number of people required, cycle count accuracy is higher, and we are able to pick orders faster and more efficient, it was a very successful lean effort,” Mr. O’Brien says.

The Paper Picking Past

Prior to introducing automation into the stock room, each worker focused on picking one order at a time. Pick tickets were generated daily, and workers would walk throughout the shelving searching for all the parts they needed to complete the order. When the order was complete, they would deliver it to the correct department and return to the stock room to pick the next order in the pile of pick tickets. Workers often visited fast moving part locations several times a day, creating redundant activity.

Implementing four KardexRemstar horizontal carousels integrated with pick-to-light technology and FastPic inventory management software changed the way orders were processed. One worker can now batch pick as many as six orders simultaneously without walking or searching for parts. Eight assembly department group leaders print material packets indicating the parts they require. When the material packets are printed, the order is downloaded from the Material Requirements Planning (MRP) Movex software to the FastPic inventory management software. Part orders can be entered days before the material is required. The department manager delivers the materials packet and a cart to the stock room, indicating the order is ready to be picked.

The carousel operator initiates six orders at a time using the FastPic inventory management software. Each order is assigned a separate position on the batch station. The carousels then rotate for the first pick, using pick lights to direct the operator to the exact location of the first pick. The operator picks the quantity indicated by the pick light and turns to the batch station to distribute the parts among the six orders as directed by the put lights. As the operator is distributing the parts from the first pick, the other carousels are rotating to present the next pick, virtually eliminating operator dwell time. This process repeats until the six orders in the batch are filled. Each order is then placed on the cart provided by the department manager.

Any parts required for an order that are physically stored off the carousel are flagged at the beginning of the batch. Another stock room picker will retrieve these parts from the shelving and then match them up with the orders on the department carts. All orders are filled and delivered to the correct manufacturing department within 24 hours. The stock room processes an average of 220 orders per week, each averaging about eight lines per order. Small percentages (about 10 percent) of orders are shipped directly to customers, with no value-added manufacturing required. These orders are processed in the same way, the cart is simply delivered to the shipping department for shipment directly to the customer.
The previous system required five people to pick orders manually from shelving. The stock room now requires three people for picking, one to pick from the carousel, one to pick from bulk storage and one to replenish the carousels on second shift. That’s a 40 percent labor savings.

As well as the labor reduction, Saia Burgess was able to recover floor space and get all its parts back under one roof. Previously, the 7,000-square-foot, on-site stock room was over capacity, forcing slow-moving items to be stored off site in a 1,600-square-foot space. All parts are now stored on site in a 5,000-square-foot automated stock room, saving 42-percent floor space and eliminating a $4,000 off-site monthly storage charge. Of the 2,000 square feet that were recovered on site, a portion was used to expand manufacturing (value-added operations) and a portion was used to expand the shipping department.

In manufacturing environments, hot picks are inevitable and occur when parts are needed immediately because of scrapped or lost pieces. When a manufacturing operator identifies the need for a hot pick, he or she fills out a materials request form and heads to the stock room. With the push of a button, the carousel operator is able to interrupt the batch orders being picked, retrieve the hot pick for the waiting manufacturing operator and then easily return to picking the batch of orders.

Delivering the right part and the correct quantity to
the right place can help to reduce the need for hot picks. “Previously, accuracy rates were below 94 percent,” says Kelly Greene, distribution business unit manager. “Since the implementation of the carousel and some other key policy changes, our accuracy is just below 99 percent and we have been able to hold that for the past year.”

The ability to add new parts to the system on the fly is important. “Saia Burgess is a make to order manufacturer—we rarely build stock parts. We get an order, we build an order,” Mr. O’Brien says. “A new order usually means new components, which means more parts for the stock room.” New parts are identified upon receipt, added to the FastPic software and stored in the carousels. “It’s a 30-second process to create the part number, enter the information, and set it up with the location,” Mr. Greene says. “We can also do a mass download periodically to update any new part numbers if we get a large amount.”

As a responsible manufacturer, Saia Burgess did an
extensive ROI analysis before making its stock room operations. Coincidentally, three pickers in the stock room were planning to retire in the next few months. Not replacing their positions and adding their saved salaries along with the gained efficiencies created an easy ROI. “I got my accounting group involved to make sure we were capturing every penny and not putting anything in the ROI that wasn’t true,” Mr. O’Brien says. “We calculated a payback of 18 months. Those people have retired, and we have not needed to replace them so we’ve hit our payback.”