While still running a few different CAM systems in the shop, this manufacturer of aerospace and oil and gas industry components has implemented what it sees as the ideal package for programming its multitasking work.

Steve Russell is the machine operator for the multitasking machine, and also handles all of the programming for it. Here he demonstrates how the blank for the ram block is gripped only a half inch into the chuck.

This part, an oilfield ram block from heat treated 4130, is a strong example of the types of parts the company can run more effectively on the mill-turn.

Accutech Machine added this integrated mill-turn center to its lineup and quickly landed new work because of it. Since combining this machine’s capabilities with CAM, overall cycle times have been reduced by as much as 50 percent.

The graphical interface and integrated visualization are features that make this CAM system well suited for multitasking programming.

“We’re limited only by our imaginations,” says company co-owner Karen Becker. It’s a tagline that, if given the right credence, could lead to unimaginable results. Accutech Machine Inc. (Salt Lake City) strives to approach its work with such enthusiasm every day, giving employees the chance to take on new, more challenging work and deliver results that not only keep the current customers satisfied, but have these customers driving new clients Accutech’s way.

The company was founded in 1994 to serve the aerospace industry and a few areas of oil and gas. But as co-owner Bryan Becker describes, the company’s not afraid to get to a little bit of anything and everything. “A big portion of our business is commercial aviation,” he explains. “It’s a great field to be in when business is good. But when things go bad, you can die on the vine really quickly. In oil and gas, we make an instrument for communication down at the drill head, and also a tool for pipeline inspection.” 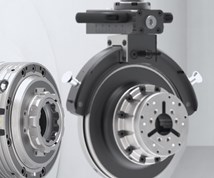 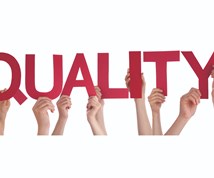 As with most of the industry, business was going extremely well for most of 2008. Then, in the fourth quarter, there was a sudden slowdown. “It seemed it was more of a shift in mentality than actual business conditions affecting demand,” says Mr. Becker. “That’s the only way it could have happened that fast. It’s as if everyone woke up one day and decided to stop spending—buying parts, machines, cars or whatever. We’ve cut spending, too. In cases where we were in the market for new machines, we may have bought two machines before the recession. Instead, we thought twice and settled for one.”

The company has 25 CNCs, including 18 mills, six lathes and a waterjet. Most of the lathes are Mori Seiki with live tooling. On the floor are two, five-axis mills, and the rest are four-axis compatible with a rotary table. The machine that’s getting a lot of attention lately, though, is the Mori Seiki multitasking NT.

After purchasing the NT about a year ago, Mr. Becker says that Accutech quickly realized the versatility of the machine. With the ability to both turn and mill parts, it has travels of 29.5 inches in the X axis, ± 8.3 inches in the Y, and 64.4 inches in the Z, with a B-axis rotating range of ± 120 degrees. “With this machine we have the ability to machine much more complicated parts with fewer setups,” Mr. Becker explains. The size range of parts run on the company’s NT varies, but most of them are less than 10 inches in diameter and sometimes as long as 18 inches.

Most of the parts the company produces could be run either on the NT or on a combination of other machines. When a new job comes in, Plant Manager Tyler Bushman makes a determination, based on part complexity and machine availability, what machine or machines are best suited to handle it. There are also parts that the company has run on other machines for a few years that have since been moved to the NT. These are the jobs for which Accutech most easily recognizes the benefits of its new machine.

“When we’ve already seen a part go through five or six different setups to be produced on a combination of mills and lathes, we have quantifiable data on the savings we see after moving it to the NT and completing it in a fraction of the time with only one setup,” says Mr. Bushman. Of course, more complex machining is closely associated with more in-depth programming, and the folks at Accutech went in prepared.

While the multitasking machine has provided notable production advantages to the company, Mr. Bushman feels that it’s the preliminary programming work that Steve Russell (programmer and machine operator) does in GibbsCAM that really makes this machine the success it is for the company. Mr. Russell had used this software before on other machines, so when Accutech purchased the multitasking machine, he recommended pairing the two up. “We already had a couple of other CAM packages,” explains Mr. Bushman. “When we bought this machine, we did a lot of research and spoke to everyone we could contact about what they were using with theirs. The strong consensus was that Steve was right. And once the software was in place, we saw how easy it was for Steve to transition to using it on the NT for complex parts.”

Mr. Russell likes the software because of its hands-on nature. “The free-form interaction style allows me to move easily between geometry creation, toolpath creation, process visualization/verification and post processing,” he says. “A lot of our customers provide their own solid model, and I just go in and program from that.”

One particular part that recently came in—a ram block for an oilfield application—has some turning, but also quite a bit of milling. The customer sent in an IGES model that Steve converted to Parasolid. For every cut, he extracted the geometry from the print as it corresponded to the model. He viewed the model and determined what operations he needed, then selected them as part of the part program. For each operation needed, he selected the tool, specified the geometry, and figured depths of cut (including how many steps before the finish cut). He specified the order of operations to minimize movement.

“The model is really just a guideline—the starting block of machining, before picking out the individual characteristics and telling the machine what you want it to do,” explains Mr. Russell. “The model also prevents a lot of mistakes on my end as far as making geometries. I can use it to help prevent overcutting, for instance.”

The software has proven to be a great match for Accutech and its multitasking machine. Having been designed by machinists, GibbsCAM takes into consideration the functionality that would make sense from a machinist’s point of view. The graphical interface makes it interactive and efficient, with drag and drop actions and right-mouse context-sensitive functions. Programmers can set up operations in the order they want, easily switching between tasks. Mr. Russell uses a large, 25-inch monitor while programming, but even with that, sometimes he uses the roll-up and transparency functions of the dialog panels to allow screen space to be maximized.

“Further, the interfaces, such as for machining ops and tools, are much easier to work with than in other programs I’ve used,” he details. “I can keep them on the screen. I can have multiple bodies, multiple solids, even sheets. With other applications, you keep your solids in different layers, but Gibbs supersedes all that. I can import them to any layer just by double-clicking on them before putting them away.”

Another feature that Accutech makes extensive use of is the integrated visualization, or machine simulation. The cut part rendering allows Mr. Russell to preview the process at any point while it is being developed, exposing any potential problems before going to the shop floor. He can even dynamically reorient the view while it is running. Mr. Bushman explains how this feature alone saves significant time: “Previewing the process minimizes the prove-out time on the machine, allowing us to start cutting parts sooner and with confidence.”

And, of course, post processing is a key. The software offers a range of post processing options ranging from user-definable, template-based posting solutions to factory-supplied library posts that can be customized to specific requirements to APT CL for use with legacy posting tools.

Accutech continues to build on the premise that trying new things forces the company to learn, and learning is always good. Bringing in the NT and GibbsCAM added some new challenges, but the result has been new customers and more efficient operations. Production Manager Rhonda Butrick elaborates, “Overall cycle times are down by as much as 50 percent. It’s important to remember that we’ve condensed as many as six different machine setups into one. A setup may seem like it’s taking a long time, but compared to the combination of the others, it’s actually quite fast. Of course, part handling is eliminated between the different machines, as well, so there are far less handling and loading errors. We minimize the human element.”

The fast pace of business has also led to building expansion. Mr. Bushman recalls that when he started with the company in 1999, the building was 5,600 square feet, housing only two mills and a lathe. “Last year, though, we expanded to 35,000 square feet, allowing room to spread out a bit and have a cleaner, more efficient facility to meet the needs of our growing customer base,” he states. “We’re also now registered AS9100 and ISO 9000:2001.”

Mrs. Becker concludes, “We’ve grown so much lately, now I’d like to just step back, regroup and make sure all is in order. Then we can grow again.” The results speak for themselves—this company has the tools and attitude to forge ahead.