While multi-spindle turn-mill machines can improve productivity by enabling users to machine parts complete in one setup, fully realizing their benefits requires a CAM package that is capable of synchronizing multiple spindles. With Delcam’s FeatureCAM software, cutting tool manufacturer Parlec eliminated the time-consuming process of programming each spindle of its turn-mill machines separately before manually synchronizing them on the shop floor.

Precise milling is required to cut slots and holes on many of Parlec’s products. FeatureCAM helps the company ensure it is taking full advantage of its turn-mill machines by synchronizing the two spindles during the offline programming process.

Precise milling is required to cut slots and holes on many of Parlec’s products. FeatureCAM helps the company ensure it is taking full advantage of its turn-mill machines by synchronizing the two spindles during the offline programming process.

With two spindles operating simultaneously, turn-mill operations can be exceedingly complex. FeatureCAM’s simulation capabilities help the shop avoid expensive collisions and other problems that can increase downtime and costs.

With two spindles operating simultaneously, turn-mill operations can be exceedingly complex. FeatureCAM’s simulation capabilities help the shop avoid expensive collisions and other problems that can increase downtime and costs.

By performing turning, drilling, milling and other operations in a single platform, multi-spindle turn-mill machines enable users to cut parts complete without requiring additional setups. However, taking full advantage of these machines’ capabilities can be difficult without CAM software that can handle simultaneous operation of multiple spindles. Cutting tool manufacturer Parlec recently solved this problem by implementing the FeatureCAM software package from Delcam (Windsor, Ontario). In addition to the ability to synchronize spindles during off-machine programming, the software offers machine simulation and feature recognition capabilities that have further improved productivity.

Parlec manufactures a range of tooling and accessories totaling more than 8,000 individual products. The company’s offering includes toolholders; driven and static tooling; tapping and boring tools; workholding systems; presetters; and more. Most are manufactured at the company’s 140,000-square-foot facility in Fairport, New York, just outside of Rochester. 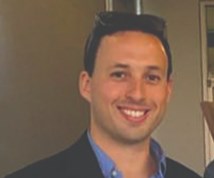 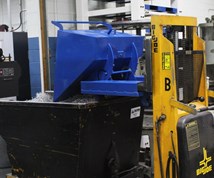 Tim Provo, manufacturing engineer and process leader at Parlec, says machining operations at the plant handle about 18,000 different product components. In addition to running medium- to large-quantity lot sizes for its standard line, the company produces a number of highly engineered, application-based products. Parlec’s HSK toolholders represent one such offering. Designed for high speed applications, the quick-change, tapered toolholders are said to be highly detailed and precise.

In addition to turning operations, the holders require a number of precise milling operations. These include machining holes that line the outside of the part and slots in the bottom of the taper that orient the tool into the spindle. Radii on the outsides of these slots must be in the right locations for a tool to fit properly into the spindle. Tolerance specifications are ±0.0005 inch for tool width and ±0.001 inch for the distance between the center lines of the radii. "These aren’t really tight tolerances, but when you start putting all this milling inside of a lathe it becomes complex," Mr. Provo says.

The company uses twin-spindle, dual-turret Nakamura-Tome WT300 turn-mill machines (distributed in the U.S. by Methods Machine Tools in Sudbury, Massachusetts) to manufacture the toolholders in a single setup. Achieving maximum output from these seven-axis machines requires keeping both spindles cutting simultaneously, a capability that Parlec’s previous CAM package lacked. As a result, the spindles were programmed separately and then manually synchronized on the shop floor. The company says this not only significantly increased machining time, but also created potential for errors.

In its search for ways to optimize operations on the turn-mill machines, Parlec sought input from a number of CAM software provider representatives. Among them was Dan Weiss, Northeast U.S. sales manager for Delcam’s FeatureCAM package. Mr. Weiss points out that unlike traditional, single-spindle machines that run one program at a time, turn-mill centers with multiple turrets can run two programs simultaneously. The programs talk back and forth with each other with "wait states," he explains.

Wait states ensure that the operations on each turret proceed in an orderly fashion and don’t conflict with one another. For example, if one turret is performing a milling operation, the program’s wait states instruct the other turret to wait for milling to finish before starting a turning operation. FeatureCAM’s turn-mill module generates the two programs with built-in wait states.

In addition to providing the capability to run two programs simultaneously, the software includes a graphical process representation tool that provides either timeline or block-view diagrams of operations. The ability to view stylized representations of the complex processes performed on turn-mills allows users to better understand the operations and improve them for better machine usage. "Bar charts show you the turrets, the spindles and the lengths of the operations," Mr. Provo explains. "So, whenever you have something sitting while something else is working, you are able to quickly see it and start moving operations around to optimize the process."

The ability to synchronize the spindles during the off-machine programming process eliminated manual cut-and-paste adjustments on the shop floor and reduced total programming time from hours to minutes. The software also provided Parlec with further opportunities to improve productivity, including boosting the number of tools available to machine a part. Each of the Nakumura machines’ two turrets hold 12 tools, some of which could access only one spindle with the company’s previous CAM software. FeatureCAM enabled operators to preview and adjust the interaction of the turrets and spindles so that tools in some turret locations could be used with either spindle. As a result, total tool capacity rose from 24 to as many as 30 in some cases. This allowed the addition of specialized tools such as small end mills used to deburr parts, eliminating time-consuming part handling and other secondary operations.

Additionally, FeatureCAM’s 3D machine simulation capability is "absolutely key" to programmer efforts, Mr. Provo says. With 3D models of the machine, chucks and other associated components, this feature simulates machining processes just as they will happen on the shop floor. "If you set everything right, you can run the part virtually inside the software package," he says. "You get an accurate representation of what is going to happen when the program is run on the machine."

The software’s feature-recognition capabilities also contribute to productivity. Mr. Provo says feature recognition is particularly useful for Parlec because the company continuously improves its various product lines. For example, its presetting equipment includes linear guides that are secured by bolts in counterbored and tapped holes. With the addition of new guide technology, the hole configurations change, and designers must submit a 3D model of the updated base for programming. FeatureCAM recognizes if the model has changed, prompts the user to reload the model and issues a notification identifying what exactly has been changed. This speeds programming because only the updated features need to be changed, which minimizes confusion that might arise at later steps in the production and inspection processes.

Many discussions about CAM software focus on toolpath creation, but all programs must be translated into code that the machine can understand. This is done through a post-processor. Creating post-processors can be tedious because "everybody runs things a little bit differently," Mr. Provo says. With the ability to tailor the post-processor to the company’s specific methods, FeatureCAM has helped in this area as well.