Change This Chuck: Save Setup Time

Quick change workholding is one way shops are reducing setup when dealing with higher-mix/ lower-voulme work.

This close-up shows the bayonet connectors used on the capteX interface. The connector automatically engages the lathe drawbar, and precision balls mounted in vulcanized rubber provide repeatability of less than 0.002 mm.

This sequence shows the speed and relative ease of change-over for the new workholding system.

Precision parts machining shops are increasingly faced with the need to accept higher mix/lower volume work. Putting a job on a machine tool and running it for long periods of time is becoming rare because the definition of medium and high volume lot sizes “ain’t what it used to be.”

To maximize production efficiency, shops look to shorten the time required to change-over a machine tool from one job to another. In a turning application, one area where time saving strides can be made is workholding, generally found in the form of universal clamping devices such as the three-jaw chuck. 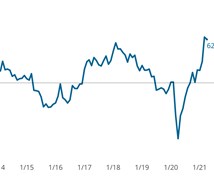 To get the most production from a given workholding setup, production scheduling is often grouped around the type of chuck on the machine. But this is like the tail wagging the dog because it reduces production flexibility, which can adversely affect delivery.

Most manufacturing engineers are probably aware that setup times harbor potential for significant increases in the overall equipment effectiveness of machine tools. Changing jaw chucks on lathes, for example, has always taken a fair amount of time. But can anything be done to change the situation?

According to Hainbuch, its new system directly addresses these issues. The company estimates the time it takes to replace a three-jaw chuck is approximately 45 minutes. With this new system called capteX, this change-over can be accomplished in less than 30 seconds for single part and small series production runs. The new system is designed for any process requiring frequent change-over.

Hainbuch developed the capteX quick-change interface for use on lathe spindles as well as dividing heads, rotary indexing tables and circular indexing tables (in other words, for machine tool components that rotate at higher or lower speeds and for those in which centrifugal forces, such as bending, may occur). An interface for such tasks must be speed resistant and consequently free of imbalance. In addition, it must be capable of dissipating transverse forces. Moreover, change-over accuracy should be extremely high.

To accommodate the forces exerted on rotating components, the connection mechanism must be robust and free of rotational influence. Daniel Schadt, Hainbuch product manager, explains, “That was precisely the challenge—to maintain the draw-in force with absolute reliability under any circumstances, including under centrifugal forces, and still guarantee flat contact. And we were successful.

“Our capteX interface works with a sophisticated ring mechanism with sliding wedges and a positive-fit bayonet connection,” Mr. Schadt continues. “The mechanisms ensure the incredible bending strength for the interface, which is clamped and released via only one easily accessible screw.”

Mr. Schadt explains that the spindle drawtube is automatically connected to the clamping device and indicates that changing the clamping device with this system is now done in a matter of seconds rather than almost an hour. The connection provides the same rigidity as a traditional screwed connection to offset axial turning forces.

When replacing one workholding device with another, change-over accuracy of this new system is less than 0.002 mm. The connection uses high precision balls vulcanized in a rubber mandrel to deliver this repeatable accuracy. Also, for higher rotational machines, such as lathes, the standard version is specified at 4,000 rpm.

“With capteX,” Mr. Schadt explains, “setup times are significantly reduced, which increases the efficiency of lathes, for instance, but also of machining centers with rotary tables. The more frequently you have to change over, the more quickly the investment is amortized. Under some circumstances, this is accomplished within only a few weeks.”

In the past, for use on multiple machines, the user required an adapter and a threaded adapter per machine for one chuck. Now, the user needs only one clamping device adapter. In other words, the user can standardize his lathe, dividing head or milling machine through a single capteX interface. And the clamping devices are interchangeable.

However, as is the case with all zero-point clamping systems, the new system requires some space. The spindle base plate is 40 mm high, and the clamping device carrier plate, which can be integrated in the clamping device, is 20 mm. So that this 20 mm is not added to the height, the distance from the first spindle bearing is increased by 40 mm, and the corresponding axial distance is decreased by
40 mm.

The new interface is designed for use on rotating spindles as well as on dividing heads, but also on rotary indexing tables. It earns additional points for its rotation resistance that extends to 4,000 rpm. This rotational capability should open this innovation to many applications that simply remain closed to others.