Hardness. A resistance to penetration. It is a measure of the material’s resistance to plastic deformation. Hardness (measured by indentation methods) correlates with tensile strength.

Plastic. The ability of a material to flow without rupturing. 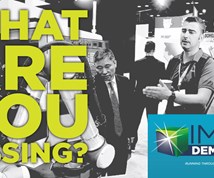 Plastic deformation.  The change in shape or section in a material (deformation) that remains after the load being applied is removed.

Stress. A force per unit of area. In tensile testing, stress is force divided by a specimen’s original cross-sectional area.

Brinell Hardness Test. A test which uses a specified load to penetrate a sample with a hardened steel ball of a specific size. The result is expressed as a unitless number. The actual measure is kg/mm2. Brinell test averages hardness over a relatively large area compared to Rockwell hardness tests.

Rockwell Hardness Test. A test which compares penetration between preload and major load on a flat, smooth surface.  Rockwell tests involve a much smaller area than the Brinell test, and the material must be of sufficient thickness and test locations spaced adequately apart to ensure an accurate reading.

Rockwell B measures the depth of a spherical tungsten carbide indenter in relatively mild steels. The Rockwell B scale runs from 65.7 to 100.0, corresponding with the range in Brinell of 111 to 241 Bhn.

Hardenability. The ability of a ferrous material to form martensite when heated above and then quenched from the upper critical temperature. Basically, it describes the ability of a steel to harden. Hardenability is unitless and is called out in sixteenths of an inch of distance from a quenched end to reach a certain hardness.

Jominy Hardenability Test. A laboratory procedure that takes a cylindrical steel sample to above the upper critical temperature, quenches it with a flow of water from one end, developing  a range or gradient of martensite in the specimen by the differential cooling rate of the quench. Once cooled, flats are ground along opposite sides of the length and hardness tests are run and recorded, usually for sixteenths of an inch. These readings are plotted and used to predict hardness achievable after heat treatment for different sizes and quenchants.