One department at Phoenix Medical Products (Mountain City, Tenn. ) is devoted entirely to needle design, production, sterilization and packaging, as this work has a unique set of challenges and all the concerns of any machine shop that does work for the medical market.

This is a typical needle produced by Phoenix. The double conical designs were the driver behind the new sharpening fixture built by Advanced Machine & Engineering.

This needle sharpener was built by Advanced Machine & Engineering for Phoenix Medical Products. The motorized fixture runs in tandem with a manual grinder, and the result has been a 40-percent improvement in production with 5- to 10-percent reduction in scrap.

One department at Phoenix Medical Products (Mountain City, Tenn.) is devoted entirely to needle design, production, sterilization and packaging, as this work has a unique set of challenges and all the concerns of any machine shop that does work for the medical market.

As with all operations, a bottleneck at any stage can create both upstream and downstream problems. With a variety of demanding customers and diverse jobs that all require the ultimate care in precision handling, this 20-year-old, 107,000-square-foot shop is constantly on the lookout for newer, better ways to produce its products. 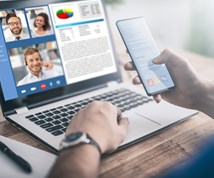 "Our former method for one type of needle production involved sharpening with a five-axis CNC grinder and manual fixture," explains David Hannah, general manager for needle production. "The needles needed to be end-swaged down to a particular and different diameter, which was not a very precise process. When we’d set up the CNC grinder, we’d often need to run some parts two or three times to get the desired edge because the swage did not leave us enough usable material."

This contract manufacturer of various devices used in the thoracic, laparoscopic, arthroscopic, gastrointestinal, cardiovascular, and soft and hard tissue biopsy areas of the medical and research markets has a watchword of precision at every turn. In addition to mold design, injection molding and various machining services such as milling, turning, grinding and drilling, Phoenix also maintains a complete Class 10,000 cleanroom packaging and labeling facility. The company offers its customers a competitive edge by being a turnkey operation, from CAD through rapid prototype, validation, production and packaging. Even product printing, etching and laser marking are done here, along with catheter tipping and Nitinol wire forming and crimping, making Phoenix a one-stop shop for most customers.

Mr. Hannah and Phoenix Medical Products engineering manager, Chris Blake, set out to find a solution to the shop’s problem of not achieving its desired edge. Mr. Hannah explains, "We first did a Web search and, after a couple of calls, found Advanced Machine & Engineering (AME), a new supplier for us. After speaking to their engineers several times, I knew we had a good match. The entire process with them was very simple and straightforward. They sent an engineer down to see our process and our current manufacturing, which we appreciated."

After the initial meeting with AME, its design department went to work, and eventually the SolidWorks model was ready for review. Only minor modifications were required by the Phoenix team after the first unit was built.

Once the first machine was built, it underwent extensive testing on the company’s needle products, using an in-house grinder at AME to test accuracy, surface finish, part-to-part time and the machine assembly itself. Upon shipment and commissioning at Phoenix, the machine was immediately put into production. To the satisfaction of the customer’s production team, this needle sharpener was found to be highly productive from the outset.

"With this new fixture, we were able to set up the products on our manual grinder and a surface plate," Mr. Hannah notes. "Using our video system, the operator could observe each needle being ground and achieve the correct point on the first cycle every time. As a result, in a short time, we were able to track a 40-percent increase in our production plus a 5-percent to 10-percent decrease in scrap."

This latter number is significant, as the raw material for such needles is typically an expensive 304 or 17-7 stainless steel. Mr. Hannah further observed that the entire operation was now simpler and much easier for the operator to execute, with less setup time and reduced maintenance. Since its start-up at Phoenix, the needle sharpener has needed only routine cleaning.

In production, the AME needle sharpener enables a double loop conical point to be machined. It was also designed to allow Phoenix the latitude to change cam plates and grind a variety of style points. The needle sharpener provides workpiece rotation and axial motion (oscillation) simultaneously. Rotation is provided by a dustproof, watertight gear motor through a drive system. Oscillation is provided through the built-in cams. The typical needle workpiece oscillates twice at a distance of 0.025 inch/0.028 inch per rotation. The spindle assembly tilts from 0 to 40 degrees around the pivot point (shoulder bolt screw) and locks in any position to provide an optimum sharp edge on the workpiece. Tolerances are routinely held to the Phoenix standards, namely ± 0.001 inch on straight grinds, ± 0.002 inch on double loop grinds.

The original machine purchased was designed for a line of Phoenix needle products that was subsequently modified, but the needle sharpener was quickly adjusted and back in production in a short time.

Increasingly, flexibility is being designed into custom workholding solutions. Runs are shortened as are product life cycles, so dedicated workholding is less viable.