Everyone Likes a History Lesson

It is my strong interest in the WWII era that drew me to the story about a guy who is combining his interest in history with his love of machine tools.

Those who do not remember the past are condemned to repeat it.
— George Santayana

I take a lot of flak, both from my kids and from friends, about The History Channel being my default station most times that I turn on the television. Besides sports and the news, I really don’t watch much else. But I haven’t always had this affinity for the lessons of the past that I pick up from my so-called entertainment addiction. 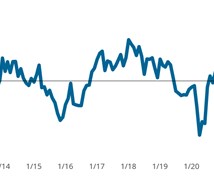 I think, as I’ve gotten older, I have gained a greater appreciation for what I can learn from the actions of others. I likely recognize that awareness the most, and it really hits home, when I look at the horrendous mistakes that have led to wars and the bravery of those who have stood up to fight against such atrocities. My TV viewing habits allow me to relive (from the comfort of my recliner) so many of these experiences, including those that I find most intriguing—the events of World War II.

It is my strong interest in the WWII era that drew me to the following story about a guy who appreciates history just as much and is combining that interest with his love of machine tools to commemorate that historic time.

Tom Utley is a mechanical engineer in Arizona who has taken on a project to restore a 1943 South Bend 16-inch by 60-inch lathe. For the machine’s first tour of duty, it was delivered to the U.S. Army at Ft. McHenry near Baltimore, Maryland, in June 1943 during WWII.

Construction for Ft. McHenry began in 1798 (on the site of Revolutionary War Ft. Whetstone). It was one of a series of U.S. coastal forts established during the Napoleonic Wars. It later served as the inspiration for Francis Scott Key’s composition of “The Star-Spangled Banner” when the British failed to bring down the American flag in a battle during the War of 1812. For the next 100 years or so, the fort was part of the war effort in several other conflicts, but by 1939 it had been redesignated as a national monument and historic shrine. During WWII, however, part of the fort was used by the U.S. Coast Guard for training and port security, including the overseeing of nearby shipyards.

Fortunately, one of the lathes from the fort during this period has found its way to Mr. Utley’s shop. He purchased the 9-foot-long, 2,700-pound machine a few years back and has been gradually bringing it back to its original glory, and then some. A significant part of the project has involved adding modern electrical controls inside the structure of the machine and packaging them within parts recreated to match the machine’s original art deco design. The modern electronics include a variable frequency motor drive and safety switches, along with a diesel automotive, custom analog (dial face) tachometer to indicate spindle RPM.

The additional electronics required a new enclosure to help them blend in with the War-era styling, so Mr. Utley first created some sketches and cardboard templates for the parts that he felt provided the appropriate look. He then made 3D CAD models of the parts in Autodesk Fusion360 and used Precision Board Plus high-density urethane from Coastal Enterprises to make detailed foundry patterns for the final cast iron parts.

Mr. Utley recently received the completed castings from the foundry and has begun final machining on them. He plans to then paint them and add custom, acid-etched brass legend plates for each switch and finish up the wiring to complete the project. Detailed information about the process he followed in making the enclosure can be found at short.productionmachining.com/restore.

Mr. Utley is not a machinist by trade, but still is drawn to machine tools through an appreciation of the skills required to design, build, operate and maintain them. Apparently, he also appreciates the history behind them.

Beyond the restoration of machines, he designs tools as a hobby, and he has been able to license some of these to help finance his restoration efforts—the South Bend lathe being his second such project. When this latest restoration is complete, the lathe will be used to help him in prototyping new tool designs.

Visit short.productionmachining.com/utley for a more detailed journal of Mr. Utley’s experiences in the restoration project, including photos of the lathe and several of its parts in their original condition. It’s a good read for any gearhead or history buff.