This company's aqueous parts washer's limitations and design were causing problems, which led the shop to purchase a parts cleaning technology that eliminated many of the parts cleaning processes it was doing at the time.

This work chamber shows a basket of parts on its way out of the parts cleaning machine. The cleaning and drying are done in a vacuum that prevents air pockets in cavities and blind-tapped holes that form during other processes.

At the end of the machine, parts are cooled under fans at one stage of the cooling process.

This rust inhibitor tank was an add-on to the hydrocarbon parts cleaning system at Alpha Grainger.

The Universal 71C implements the process of vapor degreasing by using a form of light oils to omit the use of chlorinated solvents, thereby eliminating environmental issues and health concerns.

If you were to walk through Alpha Grainger’s modern, 90,000-square-foot air-conditioned facility in Franklin, Massachusetts, you would see very few machines and accessories that look the way they did when the company purchased them. That’s because brothers Jake and Gary Grainger have maintained an unwavering commitment to innovation and the exploration of new technologies for more than 30 years since they founded the company in 1973.

"We are continually changing, upgrading, improving and experimenting with new software, new equipment, new systems, and new ways to be more productive, efficient and profitable,” Jake Grainger says. “In fact, I would guess that we aren’t doing anything today the way we did it 10, or even 5 years ago.” 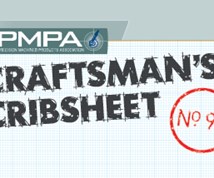 However, John O’Neill, general manager of Alpha Grainger, admits that there was one system that did not lend itself to adaptation for increasing efficiency. “Our aqueous parts washer was top of the line, but there were two issues,” he says. “One was its design, which was such that there was nothing our engineers could do to modify it to make it run more efficiently.

"The other issue was its limitations,” Mr. O’Neill says. “We could not clean parts made of 12L14 steel, 416 stainless or solenoid-grade stainless because we would have problems with rusting. Those had to be pre-cleaned separately in mineral spirits to remove the heavy cutting oil because the aqueous parts washer was unable to remove it. There was also post-cleaning labor required to blow deep holes dry. We had to handle delicate parts carefully; because of the shape and nature of the parts, we could only clean very small lots. The parts-cleaning process was extremely labor-intensive and expensive.”

Alpha Grainger deals with a number of manufacturers’ agents who know the shop and its needs, and one agent knew about its issues with the aqueous parts cleaner. When the agent began representing Dürr Ecoclean (Wixom, Michigan) several years ago, he urged the company to look at Dürr’s system.

Because Mr. O’Neill wasn’t convinced that the shop really needed it, he began looking at other options. He explains, “One option was to upgrade our 20-year-old aqueous parts cleaner to a newer model, but the technology was the same as we had been using, and therefore, the limitations would be the same as well. We looked also at ultrasonic technology, including one machine that cleaned with a process that combined ultrasonics with an aqueous process, but we were disappointed with the results.”

This work chamber shows a basket of parts on its way out of the parts cleaning machine. The cleaning and drying are done in a vacuum that prevents air pockets in cavities and blind-tapped holes that form during other processes.

Meanwhile, the Dürr agent persisted. A year after initial discussions with him, Alpha Grainger agreed to look at the Dürr technology and equipment again. In September 2004, Alpha Grainger shipped 500 pounds of parts to the Dürr facility near Detroit. “We shipped sample parts that were oily, that had a lot of chips and that had deep drilled holes—parts that were almost impossible to clean in the aqueous parts cleaner,” Mr. O’Neill says.

Warehouse Manager Ken Ruddock, who also supervises the parts cleaning department, accompanied Mr. O’Neill to Michigan to see their sample parts being cleaned with the Dürr Universal 71C. “The results were phenomenal,” Mr. Ruddock says. “This machine would eliminate many of the pre-cleaning processes we were doing at the time.”

The shop placed an order for the Universal 71C a few weeks later, and it was delivered in May 2005. It was up and running in 5 days.

The basic concept of the technology is similar to that of a vapor degreaser. Jake Grainger had always been intrigued with the idea of vapor degreasing, but it was not an idea he would pursue because it used chlorinated solvents that are environmentally unfriendly.

Using the basic process of vapor degreasing, however, Dürr developed a system that implements a form of light oils to eliminate the use of chlorinated solvents, thereby eliminating environmental issues and health concerns.

Dürr General Manager Volker Lehmann says, “The vacuum technology of a hydrocarbon system not only reduces emissions, but it also offers better cleaning and drying abilities, as well as improved speed.” Mr. Lehmann notes that the non-halogenated fluid used in Dürr hydrocarbon parts cleaning is approved by the Environmental Protection Agency, as well as the Departments of Environmental Protection and Natural Resources in all of the states where the company has installed its machines.

"Our hydrocarbon system uses a waterless process to wash parts in a fluid that can be compared to a very thin, light oil,” Mr. Lehmann explains. “The cleaning and drying are done in a vacuum that prevents air pockets in cavities and blind-tapped holes that form in other processes. The hydrocarbon solution removes chips, oils, grease, swarf and other contaminants from parts made of a variety of materials, including steel, brass, copper, plastic, ceramic and glass. These contaminants are all removed with the same fluid.”

Alpha Grainger began looking at the Dürr hydrocarbon parts cleaning system with the objective of increasing productivity and efficiency. During that time period, in cooperation with the Massachusetts Department of Environmental Protection (DEP), Alpha Grainger did a self-audit of volatile organic compounds (VOC) emissions. The employees were surprised to find that the company was out of compliance with the requirements of its current DEP Air Emissions Permit—particularly as it related to the loss of VOCs into the air—because of solvent evaporation, much of which came from the company’s open-air degreasing system. That information, along with its growing need to find a more productive parts cleaning system, accelerated the decision-making process.

"The environmental compatibility features of the Dürr were no longer secondary to us,” Mr. O’Neill explains. “We realized that it would dramatically reduce the amount of solvent we purchased and lost into the air. It would help us conform to DEP guidelines and save the company thousands of dollars annually for the purchase of mineral spirits.”He adds that he opted for some add-ons to the basic machine, including a rust inhibitor and an automated loading and unloading conveyor system that allows the pre-staging of more baskets.

"We have been running the machine since May 2005, and we still haven’t seen any downside to it,” Mr. O’Neill says. In addition, he notes that the increased productivity, reduction of labor-intensive pre-cleaning and significant reduction in solvent use made this machine a great choice. The aqueous parts washer cleaned as much as 45 pounds of parts per basket. However, the hydrocarbon system cleans as much as 330 pounds per basket, and with better results, although the cleaning cycle is about twice as long as the cycle of Alpha Grainger’s previous machine.

"Another important benefit of this machine is that we no longer use mineral spirits in our cleaning department, eliminating the release of VOCs into the air,” he points out. Alpha Grainger’s multi-faceted approach to eliminating the use of solvent is part of its strategy to once again comply with the permitting requirements.

With the Dürr system in place, the shop is now exploring a method to eliminate the use of mineral spirits by machine operators to clean in-process inspection parts machine side.

"We have experimented with a high-pressure steam generator and have had excellent results,” Mr. O’Neill says. “We have built three of the units, which are currently being tested on the factory floor. Ultimately, the company plans to have steam-cleaning units throughout the production facility so that we can eliminate the use of mineral spirits for cleaning in-process inspection parts.”

For Alpha Grainger, the unending search to find and develop new technology has almost always led to improved productivity and cost controls, thereby setting the company apart from its competitors. This time, though, the search for more efficient parts cleaning technology also led to increasing the company’s environmental compatibility and providing better air quality for its employees.