A shop’s first steps into programming with CAM can be intimidating. But this company found success in fearless flexibility and the right software to fit its applications.

Parts such as this gyro mount made from Inconel alloy 718 were previously programmed at the machine by the operator. Now the company programs offline so there is no delay when parts are ready to be run.

Parts such as this gyro mount made from Inconel alloy 718 were previously programmed at the machine by the operator. Now the company programs offline so there is no delay when parts are ready to be run.

As part of the customer support system, Quantum was able to quickly get a reliable postprocessor for its complex CinCom FL32 multitasking machines.

As part of the customer support system, Quantum was able to quickly get a reliable postprocessor for its complex CinCom FL32 multitasking machines.

As the father of nine children between the ages of 1 and 21, CNC Programmer Gary Carter knows a thing or two about multitasking on the home front. But as the new guy at Quantum Components Ltd., Mr. Carter was assigned the daunting task of upping the company’s efficiency ante by incorporating offline computer-aided manufacturing (CAM) programming—and putting those multitasking skills to use on the work front as well.

The Fredricksburg, Texas, job shop has been machining made-to-order parts for various industries over the past two decades—most notably the oil and gas sectors. When the global economy took its figurative nosedive in recent months, it became painfully apparent that Quantum, which had been performing 100 percent of its programming at the machine tool, needed to implement CAM software just to keep its head above water. 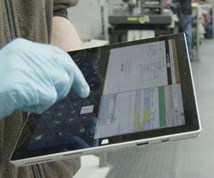 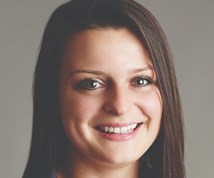 “There are jobs that we are able to bid on now because we are able to make the complete part,” Mr. Carter says, describing the practical thrust of the company’s decision to diversify its machining practices in order to stay afloat in a changing—and downright hostile—marketplace. “We could only make those parts with CAM software.”

With a grand total of 28 CNC machine tools to consider, Mr. Carter did the legwork to find software that would maximize the variety of muscle at the company’s disposal. He was no stranger to the intricacies of finding the right CAM fit for a shop’s applications, having recently come from a company in Florida that also had gone through the transition from manual machining to CNC.

“The CAM system that we eventually chose (Esprit from DP Technology) fit every machine that we have,” says Mr. Carter, who added that his research involved several interviews with various CAM vendors to determine which would cover all the bases. “We chose this software particularly because of the simulation and the graphics,” Mr. Carter says. “It was also its ability to handle Swiss-turn. It could handle all the axes and was able to provide accurate simulation.”

With the software chosen, it was time to introduce the new addition to the people who would be using it. “It was an adventure because the people here were apprehensive,” Mr. Carter says. “They were wary of change and of this new guy coming in and introducing this new technology.”

Two months later, Quantum’s 17-member staff was over the initial shock and able to embrace the new process. Yes, training was still involved, as each team member brought different talents and skill levels to the table. However, once the team understood that the software was making their jobs easier—and ensuring that new jobs were coming in—the apprehension subsided and positive change continued to flow even as the workload drastically shifted.

“Instead of having to use calculators to figure out right triangles and geometry at the machine via the trial-and-error method, we were able to program with accuracy,” Mr. Carter says. “Being able to do that reduced a lot of scrap parts.” Before bringing in the CAM package, to compensate for lack of programming knowledge at the machine, operators would commonly use an insert with specific geometry as a tool for hand programming.

The company was also able to streamline its quoting process with Esprit. While it previously had two major customers and made five simple “mainstay” parts for the oil and gas industries, these customers were forced to make cutbacks as well, and, as a result, Quantum lost its major sources of revenue. “We’ve had to go out and generate new business to broaden our customer base,” Mr. Carter says, “and that’s another area that the software has made a difference.”

Since early 2009, because of its added capabilities, Quantum has attracted 14 new customers with a range of needs. It is now making, among other parts, oil-field components for the energy industry and bone screws for the medical industry, and the company recently secured a new customer in the business of armament. Armament is now a major source of revenue for the company, which machines parts primarily with aluminum, brass, copper, high-temperature cobalt and titanium. “Business is really a lot more diverse than it was,” Mr. Carter says. And it’s had to be.

Quantum was previously manufacturing lots of 10,000. It is now machining lots of 15 to 200, which equates to more customers with more diverse needs and more complex demands. “I think the biggest reason the company is still in business is because of the new people with whom we are able to do business, and I don’t think this company would survive without a CAM system,” Mr. Carter says. “The companies that are still alive can adapt and change and give the customers what they need.”

More than ever, what customers require are complex parts. One of the complicated jobs that Quantum has taken on requires a serial number and company logo engraved on every single part, and the art on the logo, Mr. Carter adds, is “elaborate.”

Another part, the afore-mentioned bone screw, made on a Citizen L-20 Swiss-type lathe, is threaded on one end and has a square-hole feature on the other. The tolerances for this delicate piece are 0.0002 inch. The screw is a part that Mr. Carter says he cannot machine without the CAM system.

“The tool path generated in Esprit allows you to take smaller cuts in particular areas, and we were not able to previously calculate the tool path to that extent of detail,” Mr. Carter says. “The dialogue box will ask how much you want to leave for a finished cut in a particular area and provides the tool path automatically. There is more control of where your tool is going and what it’s doing.”

Though having the control guaranteed by CAM software was not a must-have in the past, Mr. Carter feels that it has become a necessity for those who must evolve to remain competitive. Just as the machinist changes, so does the machine and the software that drives it—with the ultimate goal of better, faster, more efficient production. In short, automation has led to increased accuracy and efficiency in production.

“While the machine is running on a specific job, I’m not tying up a machine that’s sitting idle while I am writing a program,” Mr. Carter says. “When the program is ready, there is little to no delay. When the operator is ready for a program, he always has it.”

Mr. Carter began working with metal when, as a 13-year-old junior high school student, he chose metal shop as an elective. He was the odd one out, as his father and brother—and pretty much every other male family member—were mechanics. “I remember seeing them come home with sore backs and knuckles and I thought, ‘I’m not going to do that,’” he says. “‘I’m going to be a machinist.’”

Through the years, the now 41-year-old Mr. Carter, who considers himself a “hands-on” type, has watched the machining world change and has adapted in kind to meet emerging needs. “With the advent of solid modelers, I have seen a trend of more complicated parts,” he says. “Without the concept of manufacturing in mind, people are giving these parts to job shops and wanting us to make them.”

Typically, Quantum imports solid models from its customers into the CAM package, most often in the form of IGES or SolidWorks files (although it can also integrate with Solid Edge, Pro/Engineer, Inventor, CATIA, Step, STL and DWG\DXF formats). Then all of the part features can be created and a simulation is run. “To see an actual part on the screen and be confident that, when it goes out on the shop floor, the operator won’t have a problem with it—that’s the most important thing to me. It’s confidence in programming.”

Quantum is now able to confidently maximize its Swiss-type lathes by broadening operations where it was previously performing only straight-type turning. “The Swiss-type machines are like octopi,” Mr. Carter says. “They have so many areas and spindles, and they’re doing different jobs simultaneously.”

By using Esprit’s mill-turn and simulation capabilities, Quantum now needs only one machine to confidently perform operations that previously required two, which makes for dramatically decreased production times. And though the proof is in the production, success doesn’t always boil down to only dollars and cents.

“The most significant thing I like about the software is the support I get,” says Mr. Carter, who said invaluable aid from DP arrived in the form of one application engineer’s ability to streamline the postprocessor for the company’s two FL32s.

As only a handful of FL32s are currently in use throughout the United States, many U.S.-based application engineers are unfamiliar with it. Quantum purchased the software in part because of its ability to program the complex machine, but also needed support to create a reliable postprocessor.

“It’s such a unique machine, and no one else I talked to was able to guarantee a postprocessor for that type of machine,” Mr. Carter says. “DP Technology was able to do it in a couple of hours.”

Quantum also received support from Danny Greer and Gary Thompson of Texas-based Machine Tool Technology & Sales, an Esprit reseller that helped the staff learn how to use the software to program the Mazaks and some of the other machines. “They had never programmed those machines with an offline system and didn’t even know what the code was supposed to look like,” Mr. Greer says. “They were making a huge transition from no CAM software to software that would handle the complex machine tools they had purchased.”

Reflecting on the changes that the company saw in 2009, as well as those that Mr. Carter saw on a personal level, he can now say the risks and rewards inherent to change were worth every growing pain and moment of uncertainty. “It was really frightening for me,” he says. “I was more or less the responsible party for bringing this new technology in. Everyone was looking to me, and that’s intimidating, especially when you’re the new guy. There was a big learning curve in a lot of areas, but it’s clear now that it was all worthwhile. Seeing those parts coming off the machines is really rewarding.”