Reading The Pulse Of The Precision Machined Products Industry

From a "robust pace" in the early months of 2000, to mid-year "softening," to a forecast of "plateauing" in the final quarter: This is the overall picture of the precision machined products industry after experiencing many unexpected "ups and downs" during the year.

Sales during the early months of the year were 8 percent ahead of the same period in 1999, but the industry is now seeing 2000 winding down to only about 3 percent above 1999's sales levels. Where is the year going to end? It'll probably be at about where we were through October, as was reported in PMPA's latest Business Trends Report. 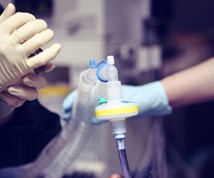 The chart at right will give you a better picture of the growth trend today compared to the prior months of 2000, as well as compared to 1999.

Where is the precision machined products industry going in 2001? PMPA members will receive the 2001 Industry Forecast toward the end of January with an overview in the March/April Production Machining.

Is your company monitoring shipments to its customers to get an idea of how many shipments are made beyond the targeted delivery dates? Is your company's on-time delivery record worse than the industry average, or is your company meeting most or all of its delivery commitments? Take a look at PMPA's latest Benchmarking Reports chart on "Percent of Shipments Delivered Late— 12 Month Moving Average" to see where you stand compared to the rest of the industry. It's interesting to note that companies in three of the four company size groupings report zero late deliveries, while the weighted average of three of the four groups hovered around 15 percent late deliveries.