One of the least understood fatcors affecting machinability of steel is the role of nitrogen.

There are many factors in free machining carbon steels that can promote or work against machining. Removal of scale, increased mechanical properties by cold drawing (amount of cold work) and superior size control and straightness are a few of the benefits of cold drawing hot rolled steel bars. One of the least understood factors is the role that nitrogen plays in the successful machining and subsequent use of the parts.

Nitrogen is a chemical element that can contribute to a superior surface finish because of its ability to strengthen the chip, helping it to break in a crisp manner. This is especially noticeable on side working tools, such as form or cutoffs, though the effect is also there on other tools. A simple way of thinking about nitrogen’s role is that it slightly boosts the hardness of the steel to the optimum for screw machine work, giving a smoother surface finish at a higher production rate. (See Table 1, which shows the increase in hardness in a 1-inch cold drawn bar by nitrogen content.) 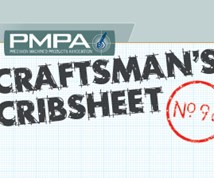 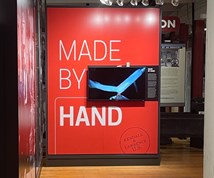 There are two production methods for making the initial hot steel melt: an electric arc furnace (EAF) and a basic oxygen furnace (BOF). EAF feedstock is generally more than 95-percent scrap, while BOFs are generally less than 25-percent scrap in addition to their hot blast furnace iron charge. At the time of tap, BOF steels are typically in the range of 10 to 40 ppm nitrogen. EAFs typically tap out at around 40 to 110 ppm nitrogen.

By choosing steel from either an EAF or BOF producer, one can unknowingly be specifying a different “implied” nitrogen content.

Steel produced in NAFTA (Canada, U.S., Mexico) was split between being produced in an EAF (57.3 percent) and in a BOF (42.7 percent). Worldwide, 65.5 percent was BOF produced, while 34.5 percent was produced in EAFs in 2006. Therefore, if a company is switching from domestic to import, it is possible that the furnace used to produce its steel could change the level of nitrogen in the steel bars.

What Nitrogen Does For You

Nitrogen is a ferrite strengthener, and resulfurized and rephosphorized steels (1200 series steels grades 1215 and 12L14) will improve surface finish when treated by nitrogen. Nitrogen produces the similar ferrite solution strengthening effect that carbon does. (Table 3 illustrates how this nitrogen effect influences the hardness of bars of different sizes.)

Nitrogen’s Not So Pleasant Secret

One issue with steels high in nitrogen content is that they have a tendency to crack during cold working. This is one of the main reasons why BOF steels are preferred for cold heading and severe cold rolling applications: They naturally have lower nitrogen levels. The ferrite strengthening that nitrogen contributes lowers the steel’s ductility. The 1200-grade screw machine parts that need to be severely cold worked during machining, or that are cold worked after machining by crimping, staking, swaging, planishing, and so on, should always be made from the lowest nitrogen steel available to avoid crimp cracking.

Batches of parts with crimp cracking frequencies from 12 percent to 100 percent are typical of nitrogen-related brittleness. In those cases, we were able to establish that cracked batches began to appear when the nitrogen started getting higher than the 0.009 weight percent (90-ppm nitrogen) area. The 0.009/0.010 weight percent was the tipping point. If cold work is part of a product’s process path, then non-re-nitrogenized 1200 series steels should be specified. And, in order to give yourself a little bit of extra assurance, it would be worth while to try to find bars produced from BOF steel, particularly if the cold work is severe.

If the parts are not cold worked, either during primary fabrication or after machining, then the specification of re-nitrogenized 12L14 or 1215 should be considered, as the improved surface finishes and higher production rates from the nitrogen addition make this an opportunity to boost profitability on multi-spindle operations.

Regardless, when you look at the difference in machining production rates and surface finishes from two different lots of 1200 series steel consider nitrogen content. If the certifications look identical (they don’t always report nitrogen), the difference might be attributable to differences in nitrogen as a result of a different production method—EAF or BOF melt prior to cold drawing. While nitrogen can improve surface finish and production rates, it can also be a likely cause of part failure during cold working operations. Therefore, it is helpful to know a specific application and order accordingly.