Lowercase Eyewear needed a cost-effective way to produce eyewear in the United States. A Robotiq gripper on a UR5 collaborative robot arm enabled repeatable, consistent production so employees could work on more labor-intensive projects.

Brian Vallario, along with his friend Gerard Masci, started Lowercase Eyewear with the goal of bringing “Made in the USA” labels back to the eyewear industry. They were looking for a cost-effective way to automate, which they found in a Robotiq gripper on a UR5 robotic arm.

As Mr. Vallario and Mr. Masci began looking at automation solutions, they learned that integration was a significant portion of the overall cost of most systems. With the help of distributor Axis Inc., they came up with a solution using a Robotiq gripper on a UR5 robotic arm, seen here opening the door to the CNC machine, in which the integration was a fraction of the total cost of the two components.

Mr. Vallario says that automation is important to the company because the process of making eyewear is labor-intensive. Automating some of the process with the Robotiq gripper and robotic arm frees up the company’s small staff for other work while maintaining the quality of the product.

Here, a pair of frames is being finished in the CNC machine. Another benefit of the Robotic gripper and UR5 robotic arm system is that it is easy to program and manipulate on the fly, which is important to the company as it grows.

A startup eyewear company with a mission to bring “Made in the USA” labels back to the eyewear industry needed a low-cost automation and integration solution that would enable cost-effective production of eyewear from its New York City location. With the help of a distributor, Lowercase Eyewear selected a Robotiq gripper on a UR5 collaborative robot arm to tend its CNC machine.

According to the company, most eyewear brands have sold products made overseas since the 1980s, when eyewear manufacturers were bought out by foreign interests. Two years ago, friends Brian Vallario, who specialized in digital fabrication at an architecture firm, and Gerard Masci, who worked in finance, set out to change this by starting their own domestically produced eyewear company. 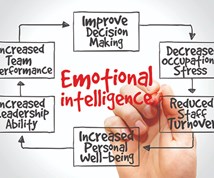 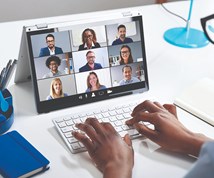 To keep their production costs low, the men decided to automate. This would also enable them to have full control of the product and deliver high-end quality. However, although Mr. Vallario was aware of the benefits of automation, he didn’t know much about robots at first. “I had done a little bit of research on robots when I was in graduate school, but I never really had any working experience with them,” he says.

Another factor the partners needed to consider before incorporating robots into the production process was the total cost. Mr. Masci soon realized that the price of a robot and the price of integration were two separate things. “The cost to automate was extremely high,” he says, “but we were always able to get our heads around that because of the value that the robot would add to the process. The main problem was that the integration cost of most robotic solutions was three to four times the cost of the solution itself.”

Working with distributor Axis Inc. of Somerville, New Jersey, they devised a solution consisting of a UR5 cobot (collaborative robot) from Universal Robots USA Inc. and a gripper from Robotiq. This solution would enable Lowercase’ production line to accomplish the types of movements necessary in a very repeatable and practical way, says Cynthia Kradjel, Axis account manager for the New York metro area. Axis then brought in an integrator, Richlin Machinery, to design the platform on which the robot stands. Richland also designed a solenoid-based solution so that the robot can communicate with the CNC machine and bring parts in and out as needed, Ms. Kradjel says.

In the end, the cost to integrate the cobot and the Robotiq gripper was a fraction of the actual price of the two components, Mr. Masci says, which made it tenable for the small, two-person company to integrate a robot system into its production process.

The repeatability and consistency of the robot-gripper-machine combination has been a huge benefit for the company. “We have 17 different styles of eyeglasses now,” Mr. Vallario says. “We really needed something that was easy to program and that we could manipulate on the fly. If I make a change on a design, I have to be able to apply the change quickly. And since we are competing against bigger, high-end eyewear manufacturers, we have to deliver the highest quality, even if we do quite smaller productions.”

To bring its eyewear to life, Lowercase imports the material it uses in sheets. These sheets are cut down into small tablets, and the frames themselves are then cut in the CNC machine, which is tended by the UR5 and the Robotiq gripper. The robot picks up the raw material, loads it into the first position, closes the door, presses “start” and then does it all again for the second position. It then removes the finished pair of glasses and puts them in a bucket. The eyewear then goes through many steps of fine-tuning before shipping.

Each production batch in the CNC machine averages 500 units in size, with around 30 to 40 units of each style of eyeglass frame. But even with such a small volume, Mr. Vallario says the automated process is the best solution. “I only have a few manual tweaks to do on the vises every time, and everything else is automated,” he says. “This automation is important for us. Eyewear production is a very labor-intensive process, and we are such a small team that any improvement we can make on our efficiency is huge. Having a product that allows me to sit at the computer and work on design or go work on the more labor-intensive stuff that can’t be done by machines is a big plus for us.”

Using the automation equipment was a learning process, but it went fairly smoothly, Mr. Vallario says. He says the two owners were able to accomplish the majority of the integration on their own in about a week, with a little help from Richlin Machinery.

Ms. Kradjel says that the solution is cost-effective because it is flexible enough to be redeployed as the business grows. Compared to industrial robots, which require caging and an integrator in order to make programming changes, the cobot is easy for users to program. Lowercase can program the robot and keep the program current on a daily basis, she says.

“As their business grows, they might want to add movements or add numbers of stops in the process that the robot does,” she says. “We also chose the Robotiq gripper as an ideal solution for this application.”

Mr. Vallario and Mr. Masci see great things coming for Lowercase. They say that automation is important to the company’s future, and they plan to add new robots to the factory and free up new hires for other work. “A collaborative robot is operating our CNC machine, but we’re not hindering jobs,” Mr. Vallario says. “Automation just creates different jobs. Right now, we’re not looking for someone to operate a CNC machine; we are looking for engineers and designers who can work with robotics to improve processes. If that helps us grow as a business, that helps create jobs.”

Even though Lowercase’s co-founders do not think that eyewear production can be fully automated just yet, they see other opportunities to bring more robots onto their team. “As we grow, we are definitely looking for new ways to automate our processes,” Mr. Vallario says. “A lot of the time-consuming steps involved in making a pair of glasses require delicate handwork. We’ll never be able to automate everything, but there is a lot that can be done, and we’re looking forward to it.”