An employee stock ownership plan is worth considering for retiring shop owners in which handing their companies to their children doesn’t make sense.
#opinion 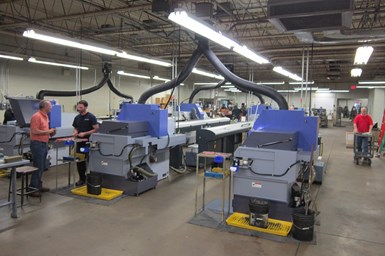 Over the last few years, sons and/or daughters of machine shop owners have commonly been part of meetings during my visits as they represent the next generation that will one day own the company. In some cases, that next generation has already taken over select day-to-day aspects of running the machining business. Given the number of baby boomers currently mulling retirement, I asked a business consultant (who has worked to help shop owners make a smooth transition to their children) pen a Last Word column offering family succession planning tips that will appear in next month’s issue.

But, what if an owner’s children aren’t cut out for running a machine shop? Or, what if they have no desire to do so? One option is to sell to someone (or some other company) outside the family. Another is to sell to the company’s existing workforce in the form of an employee stock ownership plan (ESOP). 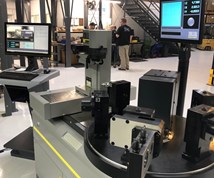 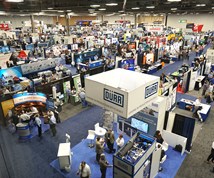 ESOP legislation, approved in the 1970s as a qualified retirement plan, became a tool that small businesses could use to transfer equity ownership to the company’s employees. In essence, it is a trust that can go into debt on behalf of a company’s employees to buy out the existing owner(s). Once the ESOP is established, the company makes contributions that gradually pay off the transaction debt. Under the right circumstances, an ESOP can benefit all parties involved.

Employee ownership shapes decisions made on the shop floor.

I know of a few shops that have gone the ESOP route. One is Mansfield, Ohio’s Rable Machine, which became 100% employee-owned in 1998. The former owner was looking to exit his healthy business. Unfortunately, he had no family members to whom he might turn over the keys, and no specific buyer for the company. By choosing an ESOP as his succession vehicle, he was able to realize tax advantages while putting shop ownership into the hands of all those who worked there.

Prior to the shop’s ESOP transition, the owner received guidance from the Ohio Employee Ownership Center (OECO). The OEOC, located on the campus of Kent State University, is a nonprofit organization established in 1987 to provide information and preliminary technical assistance to Ohio business owners interested in exploring employee ownership options.

Now, the shop’s culture of employee ownership and participation shapes decisions made on the shop floor. For instance, management is eager to invest in equipment that will lead to greater shopfloor efficiency. Just as importantly, shopfloor employees fully support the addition of multifunction machines and automation, for example, rather than being adverse to it. They realize the technology will free them to perform more valuable duties than loading machines.

AceCo Precision Manufacturing, headquartered in Boise, Idaho, is another example. In 2011, the retiring owners of the shop (which serves the semiconductor, medical and other industries) opted for an ESOP.

Sid Sullivan, company president, says that since the transition, the shop’s value (based on purchase price) has grown largely because the employees/owners now have a more vested interest in the operation’s performance. Like Rable, the change has also led to greater reinvestment into the business. “It’s a win-win-win for the employees, the company and our customers,” he says.

AceCo opened in 1960 as a job shop, but started a division in the 1980s to serve the semiconductor industry, primarily machining parts used in equipment that produces semiconductor memory and microprocessor chips as well as LCD and OLED screens. In 2011, the company owners decided to sell this division. Prior to establishing the ESOP, consideration was given to possible strategic partners and shopping the business altogether. Sullivan, who was CFO at the time, proposed an ESOP to protect the company’s legacy and reward the employees long-term. “I told them ESOPs create owners, and owners have a stake in the game.”

Sullivan says he anticipated possible employee skepticism when the plan was rolled out. “However, we release the stock price every year, and we have a third party perform an annual valuation on our company,” he notes. “Employees can clearly see the impact their hard work and improvement initiatives have on their stock shares, and that motivates them to do even more in that regard.”

The ESOP has also spurred higher reinvestment in the company. “The U.S. government views an ESOP as a transition plan, a way to continue business,” Sullivan explains. “As a result, our company pays no state or federal taxes, and we can — and do — put that money back into the business. When our employees retire, they’ll receive the benefits from their ESOP as ordinary income and pay the required taxes. That’s what makes this work.”