Forces are in motion that will have consequences for U.S. steel users, as well as producers. How will they respond?

Forces are in motion that will have consequences for U.S. steel users, as well as producers. How will they respond?

U.S. steel producers have been under substantial pressure in recent years due to a combination of factors, primarily low prices, increased import competition, high costs and increasing government regulation. The domestic industry has not added significant new capacity, nor has it adequately upgraded existing operations over the last decade, and a number of facilities have been mothballed. 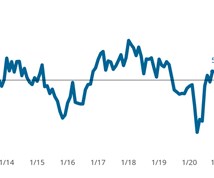 Although many of the 70 domestic steel producers have been operating profitably, 18 of the more heavily impacted producers–mainly integrated mills–have declared bankruptcy over the past decade, and several others are in financial difficulty.

Faced with increasingly stiff competition from imported steel and the inability to raise prices for their products, domestic steel producers and their labor unions have sought relief from both Congress and the Administration.

Several pieces of legislation, designed to restrict steel imports and subsidize domestic producers, have been introduced in Congress in recent months. These bills have been accompanied by demands that the Administration take additional protective action under existing trade laws. Of these, two measures have emerged as having the greatest potential impact on steel producers and steel users. The first is the “Steel Revitalization Act” (H.R. 808), which contains four major provisions:

The second is the Bush Administration’s recent request that the International Trade Commission examine the trade situation under Section 201 of the Trade Act of 1974 to determine whether imports of steel have seriously injured domestic steel producers. If the ITC finds injury, the President would be granted extraordinary power to protect the steel producers. Administration spokespersons have indicated that, if injury were found, a likely action would be a three-year quota on steel imports.

Meanwhile, steel users, including most precision machined products manufacturers, are struggling with their own dilemma: obtaining the right steel, at the appropriate quality level, at the right time and at a world competitive price.

Faced with the prospect of losing access to competitively priced foreign products, steel users, who list quality and availability as well as price as incentives to purchase overseas, are wrestling with two not-so-popular options: Support the efforts of domestic steel producers, knowing full well that this path leads to diminished supply and higher material prices, or actively oppose legislative and regulatory efforts to restrict imports and risk alienating long-time suppliers and partners.

A recent study by the Consuming Industries Trade Action Coalition (CITAC) Foundation reveals that restrictions on steel imports proposed in H.R. 808 would protect 3,700 steel producing jobs but would cause the loss of up to 32,000 jobs among steel users and cost taxpayers $2.89 billion a year. Over the five-year life of the legislation, steel users would effectively face a tax bill totaling $14.5 billion.

The precision machined products industry must decide whether, and how, to confront the consequences of choosing from the two available options. A third option—to ignore the issue and leave the industry’s fate in the hands of others—should not be acceptable.

If precision machined products manufacturers conclude that they must become engaged in the debate over international trade policies, PMPA is the logical choice to craft an overall industry philosophy and position regarding international trade that balances open trade opportunities and concerns over quotas, tariffs,antidumping and countervailing duty laws. Armed with a consensus position, PMPA can lead the industry in communicating our concerns to key players on international trade, including the Office of the United States Trade Representative (USTR), the Department of Commerce and members of Congress.

Only through these actions will the precision machined products industry be able to anticipate, understand and influence those aspects of international trade policy that will impact its future.