According to these three educational program managers, the Siemens LEAP program gives students experience with basic to advanced CNC machining techniques that employers are using in their shops.
#workforcedevelopment 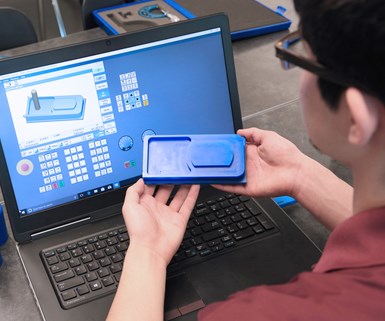 Siemens’ SinuTrain is a PC-based simulator software that replicates the Sinumerik Operate interface of the company’s 828D and 840D controls.

Recent, rapid advancements in technology are changing and challenging many industries. As new technologies permeate the manufacturing industry, the demand for employees with advanced machining skills increases. Those that possess these skills will rise to the top of the talent pool. 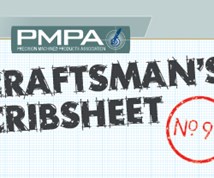 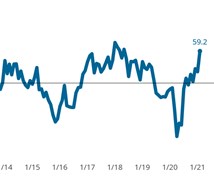 Educational institutions that sense an opportunity to meet these needs are turning to the Siemens Lifelong Educational Advantage Program (LEAP) to equip their students with career-enabling, advanced machining skills. The curriculum features basic to advanced computer numerical control (CNC) machining, including five-axis training, that puts students on a path to a career, not just a job.

“The manufacturing industry is investing heavily in and quickly moving to five-axis machining,” says Steve Holmes, CNC education manager at Siemens. “Students must learn five-axis machining to obtain the best, highest-paying jobs at the best companies.”

LEAP-certified schools use the Siemens SinuTrain system, a PC-based simulator software replicating the Sinumerik Operate interface of 828D and 840D controls. According to Mr. Holmes, SinuTrain is designed to be very close to a real-world experience—it turns a PC screen into an exact representation of the Sinumerik Operate interface, and the numeric control kernel (NCK) that drives it is the same one that drives Siemens 828D and 840D controls.

Siemens provides software and installation assistance as well as instructor training, certification, and support. For instructors, the training consists of three days each on Level 1 (conversational programming, ShopTurn and ShopMill), Level 2 (more complex machining, including four-axis), and Level 3 (five-axis milling). Upon completion, instructors are certified, and they in turn can certify students. Successful completion of each level of training and subsequent testing can provide students with as many as five certificates to help them begin their careers.

Markus Puntigam, technical sales manager at EMCO Group USA in Wixom, Michigan, has firsthand experience with LEAP. EMCO supplies many machines with Siemens controls to schools in the LEAP program. He says LEAP benefits not only the students, but also the schools.

“The LEAP program has real market value,” Mr. Puntigam says. “The schools get three levels of training, each level backed by three days of instructor training—that is a full nine days of training. Part of that training can be done at the school on site.”

Program leaders at three schools say the LEAP program has elevated their curriculum—and they are ready for even more advanced machining training and certification. 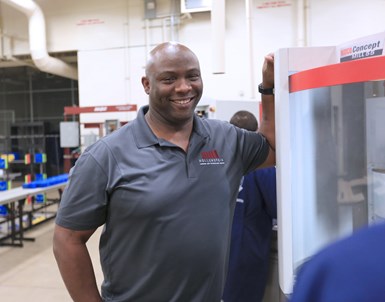 Demetrius Anthony leads the manufacturing/engineering program at Eagle Mountain-Saginaw ISD-Hollenstein Career & Technology Center in Fort Worth, Texas, which uses the Siemens LEAP program to train students for careers in manufacturing.

Demetrius “Coach” Anthony, a tool and die maker journeyman who served in the military, started the manufacturing/engineering program at Eagle Mountain-Saginaw ISD-Hollenstein Career & Technology Center in Fort Worth, Texas, eight years ago. The program is now so popular that students must enter a lottery for enrollment.

Mr. Anthony uses the Siemens LEAP program to train students with the latest technology. His classes feature several EMCO machines with a Siemens 840D emulator. “I’m always looking at different things that I can teach the students to give them an extra tool in their bag,” he says.

Mr. Anthony says he has seen students quickly improve using Siemens controls. He attributes that in part to the conversational programming feature. “Once I brought Siemens in, those students who struggled with code got to see the conversational part of it, and they took off with it,” he says. “When they can see it before they actually run their simulation, it helps them. It gives them that visual, because a lot of people are visual learners, like I was.”

Under his guidance and with hands-on experience with Siemens-controlled machines, students who complete the LEAP program at Hollenstein are ready to enter the workforce, Mr. Anthony says. When his students show off their skills during open houses, local employers are impressed. Throughout Mr. Anthony’s program, students learn to draw parts in CAD programs, program parts via CAM software or by hand, set up jobs, run machines, help with mech lab units, control conveyors and sensors, and print up a 3D model. This gives students the basics of four or five separate positions in a manufacturing company. Mr. Puntigam of EMCO, which supplies machines to Hollenstein, says these employees are highly sought after. “Not a button-pusher, but somebody who really knows what they’re doing,” he explains. 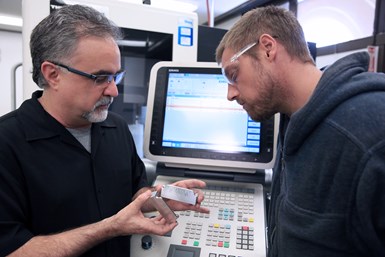 Situated in the heart of Silicon Valley in Cupertino, California, De Anza College’s Mike Appio is in a prime location to know which machining technologies and skills are in demand at some of the country’s top companies. Mr. Appio, coordinator of the Design & Manufacturing and Technologies department, wants his program to reflect industry needs and “stay one step ahead of the rest of the community colleges.” The Siemens LEAP program is helping him do that.

Many of the students that enter the design and manufacturing program at De Anza already have earned bachelor’s degrees, but are returning to school to gain experience and training with advanced machining technology. “There are a lot of companies in the Silicon Valley that want to know, ‘Do you have any machining experience?’” Mr. Appio says.

Mr. Appio’s students can point to their work learning Siemens’ Sinumerik 828D and 840D controls via the LEAP program training. Students start three-axis training on Haas equipment and work up to multi-axis machining on a DMG DMU 50 machine with Sinumerik 840D controller, automation and Siemens NX. “We want to do certification on the 840D because there are larger companies around like Northrop Grumman and others that are using the 840D controller,” he says. “You’ve got to expose students to various things.”

For Appio, the LEAP program certification sets both his students and the college in general apart from the pack. “A certification on a Siemens 840D, 828D, that’s going to put you in a whole different ballpark,” he says. “These people thirst for something else to put on their résumé, another skill. In the whole Bay Area here, across several million people and 10 community colleges, no one is issuing these certificates.” 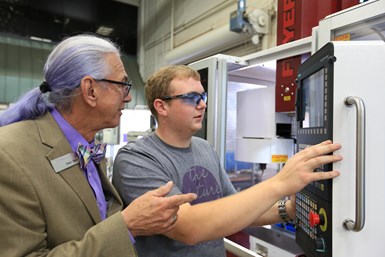 According to Dean Baker, instructor of manufacturing technology machining at the Francis Tuttle Technology Center’s Portland Campus in Oklahoma City, the conversational programming feature in the Siemens controls helps more students grasp the concept of programming a machine tool.

Dean Baker had a revelation while learning to write G-code for machine controls in 1979. The instructor, a Japanese engineer, would show Mr. Baker a blueprint. He would do his best to write the code, and the instructor would correct his work.

“That’s when it dawned on me—it’s what I tell my students now—that this is a different language,” Mr. Baker says. “Back then, G-code was a language by which we both could communicate, at least as far as manipulating a machine to do something for us.”

Now, Mr. Baker is instructor of manufacturing technology machining at the Francis Tuttle Technology Center’s Portland Campus in Oklahoma City. He’s using more than blueprints to teach advanced machining, however. Baker’s students work with, among others, a Fryer machine powered by the Sinumerik 828D control.

Mr. Baker sees LEAP and the 828D training as the next step for his program, and he’s excited. Despite being a self-proclaimed “G-code guy,” he’s a fan of the conversational programming. “I still teach G-code programming,” he says. “But with conversational, that enables students to see.” It gives students an idea of what the machine is doing behind the scenes.

Some students grasp conversational programming better than G code, according to Mr. Baker. “I’ve had students understand [G code], but they’re just not as good with it,” he says. “Then they’ll get on a conversational control and—bam—it seems to fit their personality or their skill set, and they do great on it.”

His classroom experience with the 828D control has pushed Mr. Baker, who also serves as secretary of the SkillsUSA board of directors, to advocate for conversational programming in future SkillsUSA competitions. “SkillsUSA is a very progressive organization. We always want our students to learn and our instructors and teachers to deliver the latest technology,” he says. He sees conversational as a way to help shape a new generation of CNC professionals, and he doesn’t want any students left behind.

Mr. Baker believes that there could be a place in SkillsUSA for both a G-code and a conversational programming competition. “You always have to be forward-looking,” he says. “Our SkillsUSA competitions drive behavior immediately, adapting new technologies out there, getting them more and more common.”