Bringing a Broaching Tool Manufacturer into the 21st Century

This broaching tool manufacturer had been making its products the same way since 1945, but a new owner updated everything, from the equipment to the culture and the way it does business. 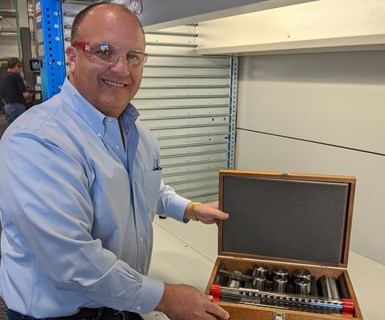 In 2016, Eric Hagopian purchased the DuMont Company, which has been producing broaching tools since 1945. He’s pictured with one of the company’s keyway broach sets, which comes as a traditional toolmaker’s kit in a mahogany box.

The DuMont Company has been producing broaching tools since its founding in 1945. When Eric Hagopian purchased the company in 2016, “They were, for all intents and purposes, making their products the same way as they were in 1945,” he says. “It’s a testament to the original founder and owner of the business that he designed and built a process so robust that it lasted for over 70 years and produced a quality product.” But, “That being said, it was not a modern process.”

So, Mr. Hagopian set up a parent company, Pilot Precision Products, and began the process of updating DuMont. This required more than just replacing old, manual machines with modern CNC equipment. He had to transform the entire company, from its culture to the way it did business. 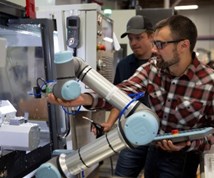 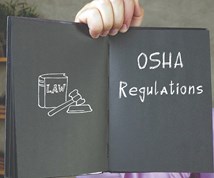 Cleaning Up its Act

Mr. Hagopian came across DuMont while consulting in the manufacturing industry. Prior to that, he and his brother had grown and sold their family’s aerospace and defense job shop, Hoppe Technologies. DuMont’s owners had brought him in to evaluate the business, but when faced with what needed to be done, it was more than they wanted to take on. The owners sold the business to Mr. Hagopian, and he set out to make the changes himself.

“Safety was my initial No. 1 priority,” Mr. Hagopian says. The facility was slippery with oil and coolant, so he cleaned everything and installed mist collectors to keep it that way.

Mr. Hagopian next focused on updating production processes, starting with the equipment, which he estimates hadn’t been updated since the mid-1980s. He also wanted to make a statement that he was serious about updating the company, so he didn’t wait to sell the old equipment in the soft machining department. “I literally backed up the scrap metal truck and I threw away everything,” he says. “There were some machines that probably had some value, but I just scrapped everything.”

With the soft machining department cleaned out, Mr. Hagopian brought in new machines and used his previous experience to build modern production processes. For example, the company started producing blanks for hex and square broaches on a new Tsugami Swiss-type lathe. This isn’t a typical Swiss-type job—the parts are larger and more complicated than traditional Swiss-type applications, and the cycle times are longer (between five and 45 minutes).

For the guide bushings used with keyway broaches, the company chose an Mr. Hagopian updated DuMont’s manufacturing processes, many of which involved manual operations and technology that hadn’t been updated since the mid-1980s. He brought in new machines, including an Okuma LB3000, which is used to produce guide bushings for keyway broaches. Modern machine tools have reduced the number of operations and operators required, and improved product quality.

Okuma LB3000 CNC lathe with live tooling, a bar feeder, a parts catcher and a finished parts conveyor. This machine reduced the number of processes from six to two and reduced the number of operators from four to a half a person as it now runs unattended most of the day and is monitored with MachineMetrics productivity software. The company also replaced the old Cincinnati horizontal millers that had been producing the standard keyway broaches with a 10-pallet Okuma MB-4000 horizontal machining center.

These new machines make setting up new jobs much easier and faster, giving Pilot Precision more flexibility and improving the way it handles inventory. Before, when operators set up a piece of equipment to run a part, they had to run a three-month supply of that part to make it economical. Now, the company can efficiently run smaller batches of different types of parts, and it doesn’t have to store lots of product in inventory. “When we go to heat treat once a week, we go with a myriad of different blanks that are ready for grind when they come back. We can determine what we want to grind based on what our inventory situation is,” Mr. Hagopian says. “It really changed our fill rate for our customers dramatically. We now offer a substantially better on-time delivery.”

To further improve inventory management, Pilot Precision installed an Epicor ERP system. “It was a much larger and robust ERP system than the company needed, but as my intent was to grow the business, I wanted to buy something that was a solid foundation for growth,” Mr. Hagopian notes. The company also replaced its pigeonhole inventory system with a Kardex Remstar vertical inventory module that’s tied to Epicor. When a product reaches minimum inventory level, the system sends a message through the ERP program to the MRP and tells the factory how many parts to make. The Kardex Remstar system has also reduced the amount of floor space devoted to inventory from 4,000 square feet to 90 square feet, according to Mr. Hagopian’s estimates. The new machines have reduced internal nonconformances and subsequent rework, making processes more efficient. They have also improved the quality of the products. Mr. Hagopian says the guide bushings have substantially improved, and the keyway broaches have better accuracy and consistency.

Less than a year after purchasing DuMont, Pilot Precision acquired the company’s competitor, Hassay Savage. The two had been rivals since a former DuMont employee founded Hassay Savage in 1969. Mr. Hagopian says the move surprised employees, but it made sense for several reasons. First, it was a strategic move because the two companies had some overlapping products. Hassay Savage also made rotary broaches and distributed products for two French companies, Magafor (which makes small, round cutting tools) and GMauvais (which produces micro-drills).

The two companies’ production processes were identical because Hassay Savage had copied DuMont, according to Mr. Hagopian, making it easy for Pilot Precision to take on Hassay Savage’s keyway broaching business without additional people or machines. The remaining Hassay Savage employees and machines moved into DuMont’s factory in Greenfield, Massachusetts.

After combining the two companies under one roof, it was clear that Pilot After acquiring DuMont in 2016 and Hassay Savage in 2017, Pilot Precision Products needed a new space. In 2018, the two former rival companies were merged into a brand-new facility in Deerfield, Massachusetts.

Precision needed to move in order to grow. Mr. Hagopian purchased land in Deerfield, Massachusetts and by May 2018, DuMont and Hassay Savage were fully merged and working in a brand-new facility.

Some Things Stay the Same

Of all of the things Mr. Hagopian changed, the one thing he wanted to keep the same was the people, most of whom had been there for decades. When he purchased DuMont, he says, “The business enjoyed extraordinary customer service, the product quality was fantastic, and it was really all because of the people that worked there.”

Mr. Hagopian says the employees didn’t push back on any of the changes made. They quickly learned the new machines with the help of the distributors who sold the equipment. “Our people are smart, they’re dedicated, they want to learn,” he says. “And when you throw away all of the old equipment, they have no real alternative.” The form grinding wheels that are used to make many of the broaching tools had previously been dressed on a manual machine. Mr. Hagopian purchased an Amada grinding machine with a CNC trunnion dresser to help automate production of these grinding wheels.

Many of the employees were re-energized by the improvements and motivated to become better. Mr. Hagopian says long-term employees are now more productive than ever. They have a new pride in their jobs and workspaces, taking time to clean every day. “It’s fun for me to see a 40-year employee really like a new guy,” he adds. “That’s a success story that I take personally.”

But Mr. Hagopian knew he needed to make long-term plans. Of the roughly 17 employees on the shop floor, he expects about half of them to consider retirement within five years. This thought motivated many of his equipment purchases. For example, one employee had been using a manual Brown & Sharpe machine to produce form grinding wheels used to grind the blank tools. “I looked at the process and thought, ‘What if this guy hits the lottery? I’ll never be able to find anybody who can do the job he’s doing,’” Mr. Hagopian says. He bought an Amada CNC form grinder to automate the process, and the employee programmed the machine to do what he’d done on the manual machine. Before, “There wasn’t a computer within 10 feet of his machine,” Mr. Hagopian says. “Now the machine is a computer, and he’s programmed the computer to do what he does, and so now that’s transferrable when he decides it’s time for retirement.”

Mr. Hagopian’s plans for the future involve people, too. He has partnered with local vocational and technical schools to bring in co-op students. These students train under long-time employees with the goal of eventually taking over the positions. Some of the former co-op students are already leaders in the company—one runs the CNC milling department. Recruiting was so important that it played a major role in determining the new facility’s location. He wanted a place that would attract students from as many vocational and technical schools as possible, including Franklin County Technical High School, Smith Vocational, Westfield Technical High School and Springfield Technical Community College. “This is really a strategic location for us to be able to build our team,” he says.

Mr. Hagopian aims to expand Pilot Precision in several ways. The company will continue to grow organically by developing and releasing new products, including its line of CNC indexable broaching tools for milling and turning machines and a motorized slotting head that’s designed to drastically speed CNC broaching in lathes with live tooling. He also plans to strategically acquire other companies and find products to import or distribute. “Because these two companies have been around for so long, the distribution network we have is extraordinary,” he says.

He is also in the process of setting up what he’s calling Pilot Precision Components, which will perform broaching operations for customers. These customers will be able to buy broaches and have Pilot perform the work using them, or Pilot can produce complete parts that require broaching operations. He’s not looking to set up a job shop that does complete to print parts, but he does want to help companies that don’t understand broaching or aren’t set up to do it.

When contemplating a new facility, Mr. Hagopian made sure to leave room for this planned growth, both within the building itself and on the property — land sufficient to double the size of the factory was purchased and prepared for building expansion when the time comes.

Here’s another article on this topic:
CNC Broaching with a Driven Broach Head
Switching from broaching keyways with the motion of a lathe turret to a driven broaching head reduced a shop’s cycle time from two or three minutes to only 24 seconds.
Link: gbm.media/cncbroach