How to Collect and Use Machine Data

Manufacturers don’t need to limit the machine monitoring data they collect, but they do need to know how to collect the data and how to use it to drive decisions.
#techbrief #Industry40

Manufacturers have begun to shift how they view machine monitoring. They no longer want machine monitoring—they feel like they need it. But before diving in, shops should have an understanding of what types of data they can collect, and how to use this data to help drive decision making.

Shops can collect many different types of machining data efficiently and cost effectively. Because of this, shops don’t need to limit the data they collect, but they do need a system that can analyze the data and present it in a usable way.

With so many potential data points to collect, manufacturers may think the first step is to decide what to monitor. However, according to machine monitoring software provider MachineMetrics, this is not the case. Because the architecture for gathering data is relatively inexpensive, shops don’t need to limit what they collect. Data can be collected in an efficient and cost-effective way directly from the machine, from outside systems (such as CAM or enterprise resource planning [ERP] programs) and via sensors. 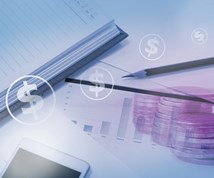 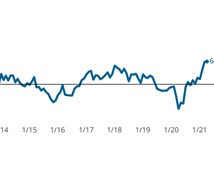 Once shops begin collecting all of this data, they have to figure out how to use the information gathered to their benefit. It can be easy to feel overwhelmed by data, especially if shops aren’t limiting what they collect. But having a system that processes the data on the back end and presents it in an actionable form (such as dashboards showing real-time information and email or text notifications of pending problems) makes it easy for shops to use their data to make decisions.

How to Collect Data

Shops can gather valuable data directly from the machine tool, but it often has gaps that need to be filled by other sources. For example, MachineMetrics’ user interface allows operators to enter data explaining why a machine is down without an alarm.

How to Use Data

One of the simplest ways to manufacturers to use machining data is displaying it on the shop floor. This gives machine operators an awareness that can cause behavioral changes, improving shopfloor productivity by about 10%, according to MachineMetrics’ estimates.

Once the data is gathered, manufacturers must find a way to use it. Fortunately, there are many easy ways for manufacturers that are new to machine monitoring to put data to good use:

According to MachineMetrics, once a shop implements a machine monitoring system, it can begin taking advantage of it immediately by making the data visible and tracking pending problems. At the same time, shops can build up a database for benchmarking and predictive analytics. But without the first step of choosing a platform that presents data in an actionable form, shops may have a difficult time taking advantage of their data.