} On Race and Manufacturing | Production Machining

Racial inequality is everyone’s problem and we don’t have to agree on all of the answers in order to get started on some of them.
#opinion

Some years ago, the Mayor of the city of Milwaukee (not the current one) visited our manufacturing plant located on the city’s near south side. His goal appeared to be demonstrating his support for the manufacturing sector as a photographer followed us around snapping pictures. The meeting was cordial and not very memorable, save for one interaction I had with a member of his staff. 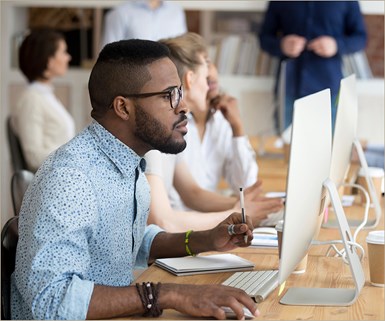 I made sure to introduce the mayor to each member of our leadership team as we walked the plant. Following the tour and seated at our conference room table, a staffer looked me in the eye and asked a question that gave me pause. “What,” she inquired, “was our strategy was for building such a diverse leadership team?” 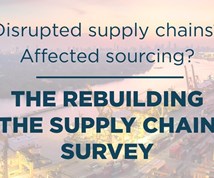 No ready answer came to mind as I reflected on the members of our team. Our head of customer service was Latino, as were two of our supervisors and our lead inspector. Another supervisor and our waste treatment engineer were African-American. Two of our supervisors were women and our controller was as well. Our assistant chemist was a Russian immigrant.

I wanted so badly to come up with a great answer to the staffer’s question — to pontificate about the five keys to building a diverse leadership team, for instance - but all I could muster was that they were all great people. In truth we hadn’t set out to build a diverse team, but as we hired and promoted amazing people it had just worked out that way.

I certainly didn’t grow up in the inner city of Milwaukee, but I like to say I grew up around it. Twice each week, my family worshipped at a church not in, but not far from the inner city. If you followed the race riots in Milwaukee during the summer of 2016, that church wasn’t too far from where the gas station was burned to the ground following the police shooting of Sylville Smith. The membership of that church reflected the diversity of its community and at least twice each week for eighteen years I spent time with my friends there.

I worked for six years as a Milwaukee County lifeguard, and for two summers I worked at inner-city locations. If you followed the Milwaukee race riots this past summer, in a matter of minutes you could walk from one of those locations to the corner where a group tried to set fire to a Walgreens store. There were literally days that, if I wanted to see someone who looked like me, I had to go into the bathroom and look in the mirror. I remember being sick-to-my-stomach uncomfortable my first few days, but in time my co-workers became my friends. We were different from each other, we looked different, our backgrounds were different, but we worked together just fine. My home neighborhood life wasn’t at all diverse, but my work life and my church life were.

So it was that I found myself 10 years later as CEO of a manufacturing operation in Milwaukee with a member of the mayor’s staff asking me futilely about strategies for leadership team diversity. I’m not going to pretend I don’t notice or perhaps harbor a few biases based on race. I think we all do. But, in the world of manufacturing, I have found that success is a lot more about coming to work dependably, caring about customers, taking pride in what you do, and being honest and trustworthy than it is about how you look. Manufacturing is an amazing and rewarding career choice no matter your background. Perhaps manufacturers need to do a better job of sharing that story. We can do a better job of other things too.

Like most of us, I have reflected a great deal about race this year. Clearly people are hurting, clearly people feel oppressed and, in many cases, have been oppressed. I can say unequivocally that a history of oppression and intentional segregation in my city, with its roots going back over a century, has contributed to a cycle of poverty that is incredibly hard for the people caught inside it to break. Regardless of our political ideologies – and mine may be quite different from others committed to helping people break the cycle – we as manufacturers can be a huge part of the solution. Here is how I am working to do (not just talking about) my part.

Racial inequality is everyone’s problem and we don’t have to agree on all of the answers in order to get started on some of them. Manufacturers and the family sustaining careers and upside potential we offer can be a huge part of the solution. Now that you know what I’m doing to be part of that solution, what’s on your list?

Matt Kirchner is managing director of Profit360 LLC, a Wisconsin-based strategic advisor to U.S. manufacturers and is CEO of American Finishing Resources, LLC.