As Grizzly Industrial’s founder, Shiraz Balolia, takes on the role of chairman and CEO, Robert McCoy has been promoted to president. 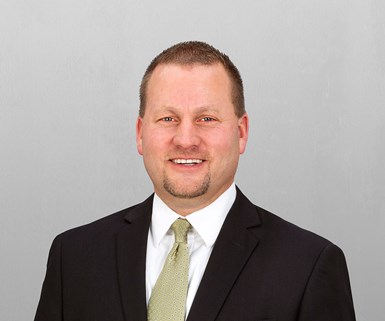 Robert McCoy has been promoted to president of Grizzly Industrial as the company’s founder, Shiraz Balolia takes on the role of chairman and CEO.

As Shiraz Balolia, Grizzly Industrial’s founder, takes on the role of chairman and CEO, Robert McCoy, who has been with the company for thirty years, has been promoted to the position of president.

“Shiraz is and was a consummate businessman who operates with fairness and integrity for his employees, vendors and customers,” Mr. McCoy says. “His legacy is one of hard work, dedication and innovation, and he created opportunities for countless individuals and families through his business ventures.”

Mr. Balolia started Grizzly Industrial in the spring of 1983 after his hobby of refurbishing and selling metal lathes took off. He discovered a great demand for quality machinery at an affordable price, so he developed relationships with factories overseas and began to import new machines under the Grizzly name. In those early years, Mr. Balolia did it all, from accounting, to marketing, to cleaning the floors, to delivering machines in person to customers, in his Volkswagen van. Over the next 37 years, Mr. Balolia successfully built Grizzly from a one-employee operation to a business with nine-figure sales, employing over three hundred people in multiple showrooms and warehouses in the U.S. and in company offices in Taiwan and China.

“I appreciate Shiraz’s integrity, vision and direction in leading the company over the last 37 years,” says Juan Hernandez, senior vice president. “I have great respect for his dedication and leadership in transforming Grizzly Industrial into the industry leader.”

In his role as Chairman and CEO, Balolia will be able to maintain a flexible schedule that will allow him to spend time with family, enjoy his hobbies, and reflect on the life he built and the lives he improved along the way. Robert McCoy, whom Balolia hired in 1989, has the full confidence of Mr. Balolia and the company to take Grizzly into the future and continue Mr. Balolia’s legacy.