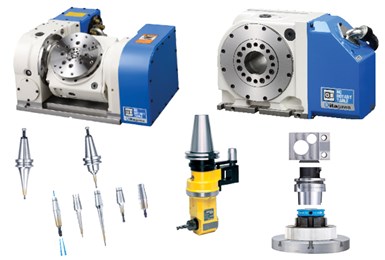 Kitagawa NorthTech (KNI)has acquired Tecnaras’ principle product lines, including Kitagawa NC rotary tables and exclusive distribution rights to MST yellow angle head products. The acquisition immediately stocks inventory of the rotary tables and MST products to support its customers throughout North America. Through at least late June, Kitagawa NorthTech (KNI) and Tecnara will be closely engaged in a business continuity program to ensure a smooth and seamless transition of the business and product lines.

The two companies have shared a successful sales and business partnership for over 25 years, which helped facilitate the acquisition. Based in Santa Fe Springs, California, and established in 1979, Tecnara Tooling Systems has been KNI’s exclusive distributor of Kitagawa-branded NC rotary tables in the U.S. since 1995. Tecnara Tooling, in partnership with MST Corporation, developed the “Yellow Angle Head” product line and has been exclusively representing the line for the past 30 years. Tecnara also represented MST’s family of shrink-fit toolholders and 5-axis workholding, both of which are included in the acquisition.