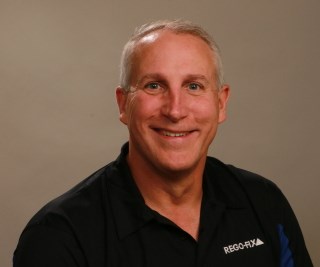 Rego-Fix AG has named William Obras as the company’s new general manager Americas in charge of Rego-Fix USA, Rego-Fix Brazil and Rego-Fix Mexico. In his new position, Mr. Obras will play a key role in the implementation of the company’s regional management business concept, which will further strengthen sales and service support as well as customer responsiveness.

The new strategy, together with the company’s various facilities, will foster more of a regional culture. This will intensify the company’s localized market support and ability to tailor its services and technological developments to meet the specific needs of manufacturers within these individual areas, while also being geographically close to those manufacturers for more collaborations.

Mr. Obras, as general manager, will now oversee sales, marketing and technical operations of North and South American facilities. In response to its increasingly global market, the company initiated a rebranding of its facilities within each region, incorporating the regional management concept. Mr. Obras’s responsibilities will also include financial and strategic considerations as they pertain to various American markets.

“The regional management business concept is an exciting new focus for us at Rego-Fix,” Mr. Obras says. “We continue to expand our localized presence in not only North and South America, but also throughout Asia and other key markets for Rego-Fix to provide customers with fast, localized service and support in addition to precision toolholding technology geared toward their individual manufacturing applications.”

During his 23-year career at Rego-Fix, Mr. Obras worked closely with president Andreas Weber, who now serves as executive chairman. Mr. Weber will continue to collaborate with Mr. Obras as well as with the company’s headquarters in Switzerland on company-wide growth initiatives and projects.

“Bill has been a cornerstone in our efforts to build Rego-Fix USA’s strong North and South America market presence. We now look to him as a catalyst for continued growth and market leadership,” Mr. Weber says.