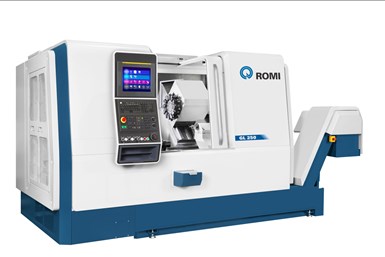 Romi USA has a new a distribution agreement with Rootstown, Ohio-based WSM Technology. WSM is a speciality tool and die company offering milling, turning and EDM machines, as well as training and production shop services. Under the terms of the agreement, WSM will represent the Romi line of machine tools in northern Ohio, western Pennsylvania and West Virginia.

“WSM is one of the most respected and talented distributors we have had the privilege of working with. They work with their customers closely and are problem solvers, always recommending the best machine tool solution for a given application,” says Rafael Boldorini, general manager at Romi USA. “Blaise Buholzer, founder of the company, focuses on helping his customers find ways to make their jobs easier and more enjoyable, and ultimately making them more successful. We find that a refreshing approach and are honored they have chosen Romi as a partner.”

WSM was founded in 2010 by Blaise Buholzer and was initially a distributor of EDM machines. The company grew and evolved, and added lines of milling, turning and EDM machines to its offerings. It recently added a new demonstration center to its Rootstown facility.