The successful manufacturer doesn’t only avoid costs, but also values knowing as much as possible about the benefits and limitations of a cleanliness test and of staying on top of process trends. 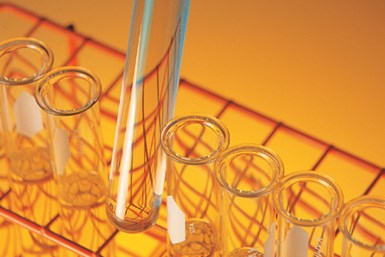 A test that fails to detect a contaminant, either because it is the wrong test or not sensitive enough, wastes the time and costs of performing the incorrect test.

Manufacturers want a quality product that is competitive and profitable. Achieving and monitoring acceptable surface cleanliness can be the hardest challenge. In our Nov. 2017 column, “Cleaning Tests That Don’t Cost Much,” we responded to a request at the Precision Machining Technology Show (PMTS) with options for affordable, low-cost cleaning tests. Low-cost tests are not the only way to achieve a wealthy person’s approach to quality on a pauper’s budget.

Being frugal is not looking for the lowest cost—it’s looking for the smartest cost. The successful manufacturer doesn’t only avoid costs. He or she values knowing as much as possible about the benefits and limitations of a cleanliness test and of staying on top of process trends. Decisions can then be made to hone in on a solution rapidly. A test that fails to detect a contaminant, either because it is the wrong test or not sensitive enough, wastes the time and costs of performing the incorrect test. The wrong test gives a false sense of security. This security will be shattered if the process drifts out of control and yields plummet.

A more costly analytical lab test can save money if a problem is averted before low yield creates a panic and costly scattershot solutions. Analytical testing should be used frugally. Manufacturers probably know the process, likely contaminants, and current customer and performance requirements better than the lab. They know, or can determine, the acceptance levels for contamination at specific points in the manufacturing process. By working with the lab and advisors to choose the right test, manufacturers will save money. Is identification or characterization needed? For some applications, the number and size of particles, not what they are made of, is what counts. In other instances, non-specific testing for organic residue may be enough. On some surfaces that need to be coated, limited inorganic residue may be acceptable, but oils or greases would compromise coating quality.

Contaminants come in many shapes, sizes and composition. Characterization of dirt should be an early step in designing successful cleaning programs, including verification tests. The dirt found might be a residue from a previous manufacturing step, including upstream supply chain processes, or maybe it is finger oil or skin flakes from assemblers.

Perceived odors, another low-cost test, can be a useful warning sign of contamination. An airborne contaminant can waft in on air drafts from a nearby agricultural facility or from the company cafeteria. A molecular level airborne contaminant may not be blocked by a particle air filter, even by HEPA filters.

Not only knowing which tests to perform, but knowing when to test is crucial. Testing only at the completion of manufacture may not be sufficient to avoid problems. A volatile contaminant can be present at the time of the coating process, but it may be gone by the time coating failure is detected and tests are run.

An expensive test that clearly identifies the contaminant can be frugal. Knowing the molecular composition of a contaminant may pinpoint the contamination source. Steps could be instituted to preclude the contamination from occurring. This can involve adding the appropriate air or fluid filter or changing the supplier of the subassembly. If contamination can’t be avoided, adapt the cleaning process to focus on the contaminant that has been identified. The specificity of the test can easily be worth the higher price tag.