Using the main spindle for double-duty machining and workpiece load/unload makes sense. It’s a simple idea that has grown in sophistication from turning to multitasking. This article looks at the state of the art using inverted vertical turning for precision volume production.

The basic concept of the inverted vertical is to flip the traditional VTL design 180 degrees. This allows the spindle to do double duty as a part loader/unloader.

For small- to medium-volume production with higher mix, this stand-alone, self-contained machine provides the basic advantages of inverted vertical turning in an off-the-shelf package.

This cutaway shows the axis travels and workflow directions within this multitasking inverted vertical turning machine. The machine’s basic design allows it to be equipped with a variety of auxiliary cutting capability beyond turning.

The base machines have a small footprint. They can be integrated into numerous work flow configurations for volume production. The engineering for these custom applications is done in the Michigan headquarters.

Emag has served the U.S. market for 20 years. President Gary Hulihan has been with the company for 11 years. His operation in Farmington Hills, Michigan, employs 50 people who automate the base machine tools into turnkey solutions for the company’s customers.

Emag uses a portal design for all of its inverted vertical machines. The machine base (blue) is polymer concrete for damping and thermal stability. The carrier unit is cast iron and travels on ways on top of the base. It’s a compact design that reduces component overhang.

Like many of the historical machine tools, the exact origin of the vertical turning lathe (VTL) is shrouded in time; for sure it existed in the 19th century. For me, the VTL configuration conjures up such iconic brands as Bullard, G.A. Gray and Giddings & Lewis, to name a few. Very large machines made to turn very large parts with gravity working with the workholding system.

For more than a century, the traditional VTL configuration has been refined with additional turning/milling capability, CNC servo control, scaling down to handle smaller workpiece sizes and higher-volume production with the help of auxiliary workhandling automation. But for a century, the basic VTL design remained unchanged with the main spindle base mounted and the tool carrier mounted in a two-axis slide unit above the spindle. However, since the 1990s there has been a new VTL design in town—the inverted vertical or pick-up lathe. 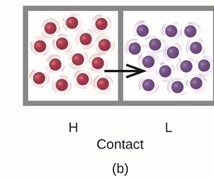 Like its name implies, the design takes the traditional VTL and inverts its main components (tooling and spindle) 180 degrees, which allows use of the main spindle to both load/unload blanks and machine finished parts. I remember first seeing one of these early machines at IMTS, and for me it was a forehead slapper: “Why didn’t somebody think of this before?”

To find out about the origin, development and capability levels of the inverted vertical lathe, I visited Gary Hulihan, president of Emag LLC, at Emag’s headquarters in Farmington Hills, Michigan. Emag manufactures an extensive line of inverted vertical machines from 200-mm to 1.2-meter capacities and ranging in sophistication from custom engineered turnkey production applications to stand-alone commodity production cells.

All of Emag’s inverted vertical machines use a portal design. Facing the machine, its base forms a U-shape. For damping and thermal stability, the base is made from polymer concrete. The main spindle carrier is cast iron and spans the tops of the U, creating a closed-loop, box-frame structure with a small amount of component overhang.

The spindle carrier traverses the tops of the U-frame on linear guideways in the X axis. The pick-up station is toward the back of the portal, and the tool turret is mounted in the front. By close-coupling the main spindle to its carrier, the spindle is centered over the cutting tools and fully supported through the X-axis stroke. The same slide unit also carries out the Y-axis movement on machines so equipped.

Because the main spindle is subjected to both axial and radial cutting forces, it uses a hydrostatic bearing to offset cutting forces and absorb vibration. The spindle’s central shaft is encased in a frictionless sleeve with a thin oil film between the moving components. When force is applied during a cut, an opposite force from the hydrostatic bearing keeps the spindle centered even in interrupted cuts. The spindle is also capable of C-axis positioning and contouring for complex workpieces.

In all axes, glass scales are used for positioning feedback to the CNC. It’s a closed-loop system that automatically provides offset data to the control. Thermal stability is maintained by an active fluid cooling system. The spindle motor, the work spindle, tool turret, electrical cabinet and base units are temperature-maintained within a few degrees of ambient.

With this inverted vertical design, the components that provide the machine’s precision—ways, ballscrews, glass scales, servodrive motors—can be placed outside the workzone, and therefore, can be removed from chips and coolant contamination. “The only components in the manufacturing area are those that need to be there, says Gary. Those items are the part itself, the workholding to hold the part and tooling to cut the part. Gravity takes care of the chips and coolant, getting them away from the manufacturing area.”

The basic inverted vertical machine concept has evolved into various degrees of multitasking capabilities that enable an application to be processed complete in a single clamping. In addition to using the spindle to load and unload the raw and finished parts, these machines can turn and be configured for other metalworking operations such as drilling, milling, grinding, hobbing, rolling and measurement all within the workzone of the inverted vertical machine.

The design keeps the footprint small, and without the need for auxiliary loaders, it keeps the mechanics simpler. “Obviously you have to have the spindle, so why not use it to load and unload in lieu of a robot or operator,” Gary says.

Many of Emag’s customers run high volumes. Analyzing an application requires looking at the number of operations, stock removal, takt time and how many crucial tolerances are on the part. Those factors help determine whether to process the part on a single inverted vertical with a turnover station for op 10 or op 20 or to go with two spindles dedicated that permit machining both ops.

“An exception to this is if the same workholding for op 10 and op 20 can be used, and then a single-spindle machine can process both operations. Normally though, that is not the case.”

Another critical consideration in process engineering an inverted vertical or any dual-spindle machine is balance between op 10 and op 20. The idea is to eliminate idle time by matching the two cycle times as closely as possible.

The disc-type turret used on the Emag machine carries as many as 12 tools and each station accepts stationary tools or live drilling and milling tools with shank diameters from 40 mm to 60 mm, depending on the machine size. The turret uses an integral Curvic coupling to secure the disc in position. The indexing mechanism is contained within the turret housing, which eliminates contamination from getting into the unit.

On a typical dual-spindle application (actually two side-by-side single-spindle machines), workpiece blanks are fed into the first machine and picked up from the conveyor by the spindle. It is machined, and when complete, replaced on the through-feed conveyor and moved to a turnover station within the reach of the second spindle. The machine’s second spindle picks up the part for backworking. Once complete, the spindle places the finished part on the outbound conveyor.

To ensure safe, automatic seating of the workpiece in the main spindle chuck, the pick-up station uses a spring-loaded plate that compensates for any misalignment of the blank. If a part blank is askew because of burrs or uneven billets, the gimbaled plate will deflect under pressure from the spindle so the blank is properly aligned in the chuck.

Workholding for the first operation is generally an ID or OD chuck-type using three or four jaws for rough castings, cutoff blanks or forgings. On the second operation, because a precision location has been created during the first operation, collets can be used especially if it is necessary to locate off of a machined feature.

Most of the machines Emag installs are engineered for dedicated production—much of it in automotive. “Back in the day, automotive quantities were based on 1.2 million parts produced in 9-second cycle times. That magic number was based on available working hours, available shifts and other criteria.” Gary explains. “Production was centralized in the OEM or Tier-One plant. Often half of a plant’s production was being shipped to far-flung plants, so over time, that philosophy has changed as new thinking took a different look at production and rationalized that de-centralized production made more sense. Instead of shipping half of plant A’s production to plant B, they set up manufacturing cells in plant B. So today, the magic number for a basic production cell is more in the range of 450,000 to 500,000.”

In addition to its traditional automotive market, Emag has seen interest in the inverted vertical concept from shops working in medium- and small-batch quantities.

For this segment, the company offers a line of stand-alone inverted vertical machines for lower-volume, higher-mix applications.

These machines are self-contained turning cells complete with an adjustable parts carousel. If your shop processes blanks, castings or forgings in small, medium or high volumes, the inherent advantages of the inverted vertical concept, automatic load/unload, small footprint, fixed or live tooling and precision machining might be worth investigating.

Walt Disney was quoted as saying, “It all started with a mouse.” In the case of the inverted vertical machine, it apparently all started with a seating arrangement. Here’s Emag’s president Gary Hulihan’s account of how the pick-up lathe came to be.

“For years Emag was a player in Europe, making horizontal production lathes,” he begins. “In the line at that time was a twin-spindle model that had horizontal spindles mounted side by side. These were loaded and unloaded externally, like similar machines today.” Emag’s “big boss” in Germany, Mr. Norbert Hessbrueggen, was sitting at his desk and talking to a colleague who runs the French operation for Emag, Jean Paul Nodier.

Mr. Hessbrueggen was on one side of the desk and Jean Paul was on the other. Jean Paul said, “We need a vertical machine in our product line up.” Norbert asked him to explain. Jean Paul defended the idea because it would fill a gap in the company’s production turning line. Jean Paul proceeded to draw a basic sketch of a typical VTL with the main spindle in the base and a tool carrier over head.

Norbert, who was sitting opposite Jean Paul, looked at the drawing, which was upside down to him, and told Jean Paul he had a great idea. “In fact, it’s a fantastic idea, and I don’t know why nobody ever thought of it before,” Norbert said. And that was the spark for the idea of the inverted spindle design. “However, it begs the question, ‘What if they had been sitting side by side?’” Gary concludes. 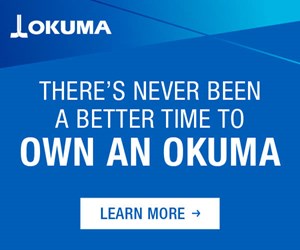