The inspection machine does a good job of distinguishing the interior part features from glare or shadow. The dial table-style glass top stabilizes the parts during inspection while allowing viewing of the top and bottom simultaneously.

The Gi-100DT can be configured with a variety of sensors, vision, laser and eddy current sensors, depending on the application.

The internal viewer specifically images the bottom of a hole and its vertical walls. This allows the operator to see a lot of detail in the ID threads and the detection of very small defects such as chips in threads, weld splatter, a single damaged thread, torn threads, reamed threads, and short or missing threads.

It is critical to inspect formed metal fasteners to ensure zero defects, either for safety, critical performance, or to optimize the manufacturing process. Conventional methods to do this exist, such as sorting mechanically for size or hand sorting with optical comparators. Yet traditionally, it has been difficult to inspect internal threads for tiny defects such as chips, tears, weld splatter, and short or missing threads.

Inspecting the vertical walls of a fastener hole and its threads is difficult for the human eye because of its small size as well as lighting and viewing issues. Not only is such an inspection process slow, labor intensive, and subject to interpretation, but also it is prone to human error, particularly over long periods when fatigue can degrade accuracy. 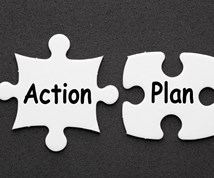 “Because many of our parts such as small fuel fittings and unions for the auto industry are safety parts, our customers will not accept anything but 100-percent quality, so we carefully check key areas including internal threads,” says Chuck Abbate, V.P. of operations at H&L Tool (Madison Heights, Michigan), a manufacturer of precision turned and cold formed fastener products. “We needed a way to make sure that all the internal features were perfect and within the print.”

However, even typical cameras and laser-based equipment have difficulty detecting required features inside of parts, and the deeper the hole or recess, the more challenging this becomes.

“One of the problems that arises when looking at internal features on a machine is the different color in the plating and different lighting,” Mr. Abbate says. “It is important to get a machine that determines what it is looking at; that it is truly looking at the part and not at glare or a shadow.”

The device uses a series of front and backlit cameras to calculate a part’s height, profile, ID and OD. The device also has a number of advanced options, including cameras to check for internal threads, an axial viewer that detects surface imperfections on multiple sides of a part at once, and eddy current capability, which enables checking for metallurgical defects along with plating or hardness variations.

With 360-degree internal thread inspection capability, the General Inspection device incorporates hole inspection optics to specifically image and measure both the bottom of a hole and its vertical walls. This allows inspecting ID threads in detail and the detection of small defects such as weld splatter, torn threads, reamed threads, chips in threads, short or missing threads, as well as a single damaged thread.

“It is the only sorting machine I have seen that has the capability to totally look inside the part,” Mr. Abbate says. “The different types of special lenses on these cameras are good at looking at all the internal features, which we could never get on a machine before.”

According to Mr. Abbate, the machine does a good job of distinguishing the interior part features from glare or shadow. He appreciates a dial table-style glass top, which stabilizes the parts during inspection while allowing viewing of the top and bottom simultaneously. Such part stability improves image analysis, data capture and precision, while simultaneous top and bottom viewing speeds the process.

“It is all about the presentation—how the machine presents the part to the cameras,” he says. “Because the parts stand straight up on the glass dial-style table, cameras with convex lenses can look straight down at the parts and see 360 degrees from either side. With 100-percent sorting, you don’t miss anything.”

Mr. Abbate says a conventional V-track model inspection machine, with a 30-degree incline to drop the part, would have limited how much of the part interior is visible.

“Other machines cannot look at the sealing surfaces of a coupler, for instance, because they view it at an angle,” Mr. Abbate says. “You have to be able to see down in it, which the General Inspection machine is able to do.”

“With the glass dial-style table on which the parts ride around, we can view the top and bottom of a part at the same time,” he adds. “On a double-featured piece such as a union, this allows us to run it through once instead of twice.”

According to Mr. Abbate, an axial viewer also allows detection of any surface discontinuities on six sides of a part at once. With such a capability, the camera could, for instance, simultaneously “see” the top and sides of a fastener.

Along with the device’s eddy current capability, which detects any metallurgical defects including plating or hardness variations, he has found the measuring machine provides the efficient, zero-defect fastener sorting required.

“We have found our new system to be at least 10 times faster than hand sorting and much more effective than typical sorting machines that look only on the outside of a part,” Mr. Abbate says. “It is a must for those who make internally threaded fasteners or connectors.”