American Turned Products (ATP) is a high-volume contract manufacturer specializing in precision turning and assembly of complex components. The family-owned-and-operated business was established in 1984 in Erie, Penn., by current president, Jerry Eighmy.

ATP expanded operations 3 years later by moving into a larger, 45,000-square-foot plant in Erie. Shortly after that, the company opened a facility in El Paso, Texas, to serve the Mexican automotive assembly plants. 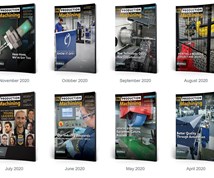 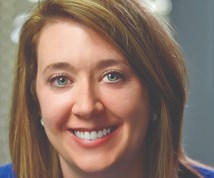 In 1998, ATP built a 50,000-square-foot facility in Fairview, Penn., which serves as the company’s current headquarters. The manufacturer has since sold the El Paso operation.

In addition to the company’s founder, ATP is guided by his two sons, chief executive officer Scott Eighmy and chief operating officer Harry Eighmy. The latter also serves as manager of the Erie plant.

“Ours is a highly technical company,” Harry Eighmy says. “ATP is on the cutting edge of new technologies, which makes us very competitive within the markets we serve. We can turn parts faster, for less money and with better quality than a lot of our competitors.”

One example of that cutting edge technology is the recent addition of a vertical trunnion-style rotary transfer machine. It enables ATP to machine both ends of a part simultaneously instead of doing just one end at a time. According to Mr. Eighmy, very few companies in North America have that technology.

With 125 employees at its two locations, ATP serves a variety of industries, including the fluid power, medical, marine and electrical markets. The majority of its parts are used by the automotive industry for airbags, engine timing and fuel injection systems.

“We’re a Tier 2 supplier,” Mr. Eighmy explains. “We machine parts for a lot of the companies that supply the major automotive manufacturers.”

The Eighmy family has been in the precision machining industry for more than 50 years. “My grandfather was involved in contract machining in the 1950s when he operated screw machines for TRW,” Mr. Eighmy continues. “Then, my father got into the business and guided the company to where it is today.”

Jerry Eighmy’s sons, Scott and Harry, both began working at ATP in 1989. Scott’s son, who is also named Jerry, became the family’s fourth generation of contract manufacturers when he recently joined the business.

Both the elder Jerry Eighmy and Scott Eighmy were PMPA presidents. They also both served on PMPA’s board of directors, as did Harry Eighmy.

“There are so many benefits in being a PMPA member,” Harry Eighmy notes. “The networking is probably the biggest benefit. Being able to network with our peers.

“Sharing information is another big benefit,” he adds. “The information we get through the association, from a benchmarking point-of-view, has been very valuable to our company.”

Mr. Eighmy points to the various PMPA conferences as tremendous opportunities for networking with fellow members. “We attend the Technical Conference, Management Update and the PMPA National Conference,” he says. “We are also very active at our local district meetings.”

Advocacy is another major reason for belonging to PMPA. “ATP has been a part of the association’s lobbying efforts,” Mr. Eighmy continues. “We’ve sent our people to Washington, D.C. with other PMPA members. We’re very much involved on the national level. We’re also involved at the state and local levels, talking to our representatives to encourage them to help small businesses and manufacturers like ATP.”

In summing up, Mr. Eighmy says, “PMPA has been a terrific organization for ATP. The association has really helped transform us into the company we are today.”