Manufacturing Continues to Advance in Taiwan

Taiwan’s machine tool industry has been playing a significant (and growing) role in the global market for quite a while. The country is the fifth largest machine tool exporter, shipping out as much as 80 percent of its production (about $4 billion annually) to 138 countries.

The Feeler plant of FFG has two floors of manufacturing, with the upper floor handling machines less than 5 tons, such as turning centers and VMCs. The plant has capacity for 150 machines per month.

Along with most its other machine tool components, Victor Taichung produces its own spindles. Nearly all of the production work in the plant is done on Victor Taichung machines.

Goodway’s G.Linc 350 is the company’s second-generation HMI. It includes a 2.7 GHz processor and 21" touchscreen LCD with wireless interface to simplify data transmission and promote integration to Industry 4.0.

Tongtai’s VU-5 machining center uses ultrasonic control technology to ensure the stability of long-term machining. The ultrasonic machining technology not only reduces chipping, but also has the ability to process micro-hole machining on hard and brittle materials.

On a recent trip to Taiwan, sponsored by the Taiwan External Trade Development Council (TAITRA), I was provided the opportunity to tour 10 of the country’s top machine tool manufacturers. Most of the companies I saw are in Taichung, which is a particularly industrial city. On the last day, we headed south to Chiayi and Kaohsiung.

Taiwan’s machine tool industry has been playing a significant (and growing) role in the global market for quite a while. The country is the fifth largest machine tool exporter (behind Germany, Japan, Italy and China), shipping out as much as 80 percent of its production (about $4 billion annually) to 138 countries. 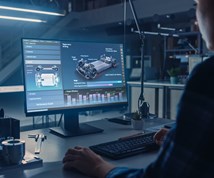 Manufacturers in Taiwan are focused on the developments relating to Industry 4.0. In fact, the country has recently established a Smart Machinery Promotion Office in Taichung, under the Ministry of Economics’ Smart Machinery Promotion Program, to help strengthen Industry 4.0 developments. Taiwan’s president, Tsai Ing-wen, has proposed several such programs to upgrade Taiwan’s manufacturing operations into an intelligent machinery industry. The goal is to create jobs, expand the export of turnkey solutions and make the country a leading hub for smart machinery.

This article consists of short observations about each company that was part of the tour.

First established in 1965, the Hartford complex in Taichung now includes three production facilities covering 860,000 square feet. It boasts 95-percent in-house production capability with 500 employees, 20 percent of whom are dedicated to R&D. More than 300 sales and service offices are also scattered around 65 countries, including eight in the U.S.

Specializing strictly in machining center technology, Hartford claims to have the largest in-house manufacturing facility in Taiwan and has placed more than 46,000 machining centers around the world. R&D efforts are heavily focused on advanced controls, with its i-Factory structure aimed at providing customers with intelligent functionality and automation to achieve Industry 4.0. The Hartrol Plus controller uses the technology of smart devices (smart phones and tablets) for intuitive operation. More than 40 apps are available, with new ones developed each month, to enhance machining efficiency.

FFG was one of the founding members of the Industry 4.0 working group in Germany and sees the foundation of its 4.0 vision dependent on customer focus, providing solutions and service and application of big data across the company value chain (not only the manufacturing process).

Established in Taipei in 1986, the company has since opened other manufacturing facilities in Taiwan. It is represented in the U.S. by Anaheim Automation in California.

Founded in 1954, Yeong Chin Machinery Industries Co. (YCM) has grown into a large supplier of VMCs, HMCs and CNC turning centers. The company sold more than 1,500 machines in 2016, and its Taichung facility has capacity for as many as 2,000. The company attributes much of its success to its focus on advanced technology and efficiency.

Learning from the Toyota Production System (TPS), YCM has developed its own (YCMPS) that incorporates the 5S principles to eliminate waste and create an efficient process flow. The company also devotes 13 percent of its 800 employees to R&D.

YCM’s i-Direct production line monitoring system is designed to overcome the limitations of time and distance by providing plant operators with instant production status, including production value, output, standby, alarm time, status display, and malfunction records of each machine. When incidents occur, the system will automatically warn plant operators through email or text message, and the data can be browsed online and printed.

YCM has more than 50 sales and service locations around the world, including CNC Systems in Tustin, California.

Its name was established from the principles the company was built on: quality and service. Quaser Machine Tools Inc. was founded in 1991 and supplies VMCs, HMCs, five-axis mill-turns, pallet systems and flexible manufacturing cells. The majority of its market distribution (generally 60-80 percent) is in Europe, with generally less than 10 percent in the U.S. (handled through Quaser America Machine Tools in Rock Hill, South Carolina).

The factory in Taichung produces about 700 machines per year. As a quality standard, each machine must pass a 48-hour, non-stop running test, with any failure requiring the time to be reset.

Established in 1954, the company headquarters, with manufacturing and R&D, is in Taichung. A production facility in Shanghai serves the China market while eight other international sales and service centers serve other parts of the world. It is represented in the U.S. by Fortune International in Somerset, New Jersey.

Victor Taichung offers horizontal and vertical turning machines, multitasking, wheel machining, and horizontal and vertical machining centers, along with factory automation systems and injection molding machines. The company offers more than 60 lathe variations with chuck sizes from 6 inches to 24 inches on the horizontal lathes and from 12 to 40 inches on the verticals. They are available with optional live tooling, subspindle, Y-axis and large spindle bore models. All models can be integrated with a gantry robot, free-standing robot or Easyway robot system for factory automation.

Established in 1975, Goodway Machine Corp. is headquartered in Taichung and has representation in more than 30 countries around the world. The company ships more than 1,500 CNC turning centers per year and states 20-percent growth per year. It is currently building an additional 400,000-square-foot manufacturing facility in Chiayi, Taiwan, with an expected annual production value of $32.2 million (scheduled for completion at the end of October 2017).

With an expanding sales network in China and the U.S., Goodway is targeting to be in the top 20 of worldwide machine tool builders. It boasts its top-level personnel, with 90 percent of shopfloor workers having bachelor’s degrees and 50 percent with master’s degrees.

Typical applications for the company’s products include automotive, aerospace, defense/military and construction. A new European warehouse now houses inventory to reduce delivery times by as much as 80 percent for many of the export customers. U.S. distribution is through Marvel Manufacturing Co. in Oshkosh, Wisconsin.

Taiwan faces similar labor challenges as the U.S. Everising has attacked the issue head on by incorporating an internship program within the company, which has grown from five participants in its early years to 16 this year.

Far East Machinery Co. (Femco) began in 1967 with industrial equipment and has grown to more than 1,000 employees, with branches in Chiayi, Taiwan, as well as China, India, Thailand and the U.S. The company has five business groups, including manufacturing, engineering and construction, pipes and tubes, steel technology and Fatek machine tools.

Fatek (Factory Automation Technology) was established in 1994 as a subsidiary to manage the manufacturing process for the full line of Femco CNC machine tools. Femco USA is the North American sales and distribution center for these machines.

While it considers itself more of a systems integrator than a machine supplier, the company produces medium to large horizontal and vertical lathes, wheel turning lathes, horizontal boring and milling machines, and multi-axis machining centers, and its machines are used primarily in aerospace, automotive, oil and railway applications. Visit short.productionmachining.com/femcoavm to see video of the company’s automatic virtual metrology system in a wheel automation line.

Established in 1969, Tongtai Group (TTG) now has a presence in 46 countries with 80 global distributors and 2,000 employees. Its products include HMCs, VMCs, multitasking turning centers, rotary-type ultrasonic assisted machining centers, and vertical lathes. Its greatest market share is in automotive, but the company is also strong in aerospace and oil and gas. The company is represented in the U.S. by Absolute Machine Tools (Lorain, Ohio).