Portland, Oregon-based Enoch Precision Machining’s humble beginnings date back to 1949 in the home of founder,

Seth Young. What started as three brothers-in-law in a home with a handful of machines eventually grew into a thriving business that is now in its third generation of ownership and operates out of a state-of-the-art, 48,000-square-foot facility. In 2007, the family handed its daily operations over to a professional management team, but they still maintain active ownership and serve on the board of directors. Despite a change in management, according to Chairman and CEO Tom Aitchison, the company still practices the founders’ goals envisioned more than 65 years ago. 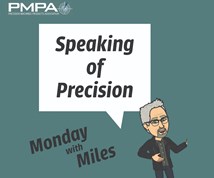 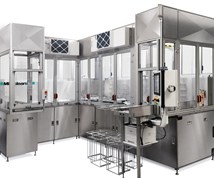 “I think a key to our success today has been honoring the ethics that were set in place when this company started,”

Along with its strong code of ethics, one of the major contributors to Enoch’s success is its diverse product line. The company serves more than a dozen different industries from aerospace and defense, to agriculture and sporting goods.

“We can be a single supplier for a customer, rather than them having to get their products from three or four different machine shops,” Mr. Aitchison says. “We’re a company with a variety of capacities, so we aren’t beholden to one particular industry. Because we’re diverse, we’ve always been able to remain strong in certain areas when times of pullback or recession affect others.”

Another facet to Enoch’s longevity is willingness to invest in state-of-the-art resources. According to Mr. Aitchison, Enoch invests for CAPEX $500,000-$1,000,000 each year on new equipment, software and other forms of technology. Mr. Aitchison recalls a time in the early 2000s when U.S.-made products had fallen out of favor with many of the industry’s customers who believed they could save money through purchasing products offshore. While much of Enoch’s business is returning to the U.S., the shift forced the company to become more efficient and wiser with its investments. These investments allow Enoch to keep prices competitive with similar companies.

“The shareholders of this company have always invested aggressively in this company in terms of new equipment, processes and management control systems,” Mr. Aitchison says. “We’re not only state-of-the-art, but we’re also very technologically savvy.”

Mr. Aitchison agrees that it’s also the company’s more than 30-year-long relationship with PMPA that is an instrumental part of Enoch’s growth and development. For Enoch, PMPA provides an invaluable amount of networking, access to listserves, and structured national and local meetings and events, which Mr. Aitchison and his team often attend.

“PMPA is an incredible networking and technology platform, and it adds value to each member’s bottom line,” Mr. Aitchison says. “Any PMPA member dealing with some kind of challenge can go on the listserves to post their questions and needs, and they could have 10 to 20 responses in a matter of a few hours.”

One of Mr. Aitchison’s favorite benefits of PMPA is the organization’s political involvement, which gives members stronger insight and direct industry input at the federal and state level into the rules and regulations that impact their industry and business. For those on the fence, Mr. Aitchison encourages members of the industry to attend a local or national PMPA meeting to learn about the range of knowledge and experience to be gained from obtaining a membership.

“Being a part of PMPA has been a significant aid to the company, its staff, and to me personally on a day-in and

day-out basis,” Mr. Aitchison says. “It’s a small investment in terms of all of the things PMPA provides to its members. PMPA provides an opportunity to network, seek advice and have professional and social meetings in person, as well as online, with other experienced members. PMPA membership is worth every dollar.”