Equipment that can turn, mill and more is quickly becoming the standard in metalworking technology. These machines can produce increasingly complex parts in a single setup yet are easier operate than ever before.

Ask any machine-shop person what the definition of a “multitasking machine” is and you’ll get as many answers as there are multitasking platforms and capabilities.

To be sure, multitasking in a machining sense is not new. Single- and multi-spindle automatic lathes and rotary transfer machines that can perform more than turning work have been around for ages. Then, there was the transition to CNC. Computer control made Swiss-types with their signature guide-bushing design more flexible and easier to change over to new jobs.

Swiss-type technology continues to advance. Besides milling, drilling, turning, thread whirling and so on, some models have B-axis spindles for five-axis work. In fact, a new Swiss-type from Marubeni Citizen-Cincom now offers an automatic toolchanger for its B-axis spindle. Other models can even perform laser cutting and welding.

They are now more commonplace in traditional job shops, not just screw machine shops, to produce parts from relatively small-diameter barstock. However, the big advance for job shops that run bigger parts came when B-axis spindles having the torque and power to match dedicated milling machines as well as automatic toolchangers were added to turning center platforms. Sometimes, such “turn-mills” like the one shown above rarely perform turning. Just because parts might be created from cylindrical barstock, it doesn’t mean they can’t be prismatic once machined. The line between lathe and milling machine is becoming increasingly blurred. Plus, some turn-mill models offered by companies such as Mazak and WFL can be fitted with laser cladding units for repair work or the addition of small features to large parts.

Since computer control has been added to multi-spindle and rotary transfer equipment, the new trend is introducing flexibility into these multitasking, high-production machining platforms. The idea is to enable equipment that can perform operations such as turning, milling, drilling, hobbing, polygon cutting and the like to pivot to producing other parts more easily. Quick-change tooling is an enabling technology to allow such equipment to shine as batch sizes shrink.

CAD/CAM technology has also vastly improved over the years to support various multitasking machine platforms. Some programming and control software is using AI to “build intelligence” into programming. A key part of this is the concept of creating a machine’s digital twin, whereby a digital replica of the entirety of a machining operation is created in a virtual environment. This technology not only offers the promise to prove-out programs offline to eliminate the potential of crashes for complex, multitasking machines, but to optimize tool paths to reduce cycle times. The challenge becomes with developing postprocessors for complicated machines that require little to no extra G-code editing for programmers.

So, outside of toolroom use, pretty much any production machine designed around a turning platform is being purchased with some sort of additional machining capability, live tooling at the very least. The days of moving work-in-process from lathes to mills to whatever other machines to complete parts are quickly becoming a thing of the past. 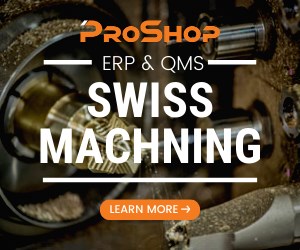 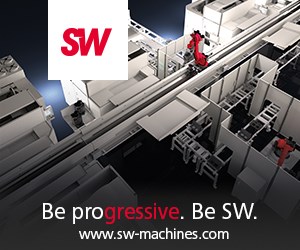