Although Lean thinking often results with an elimination of a step or waste, Bill Hovey, owner of Telemark CNC LLC, used lean thinking to develop a new coolant nozzle.
#pmpa

Blu Balls coolant nozzle, developed by Bill Hovey, is now used by the Fiat Chrysler Group to maintain one of its lines.

PMPA member, Bill Hovey, owner of Telemark CNC LLC, located in Boonton, New Jersey, took advantage of a rare, quiet moment to walk his shop floor one Saturday afternoon. He started looking at the workstations with the Lean 5 S’s: Sort, Set in Order, Shine, Standardize and Sustain. He stopped at one workstation, started to sort (his favorite step), and while determining what did and didn’t belong there, he looked at the condition of the tools. He believes he can learn a lot about how his employees operate by their workstations. That’s when he saw a nasty, old, ugly, broken and clogged screw lock ball coolant nozzle.

The coolant nozzle brought to mind one of the operators setting up a drill press to drill out a clogged nozzle. Even though grabbing a new nozzle would be an immediate fix, Bill used the 5 S’s and decided the answer was a place holder in the work center for the nozzles to be readily available. He walked the shop and counted the number of turrets and nozzles that would be needed for a complete set. After researching prices and realizing the cost would be significant, Bill sought a better way to solve the problem. 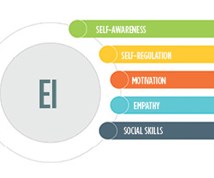 Bill’s Six Sigma training kicked in as he started by defining the problem—why was he having this problem? The answer was corrosion. Low pH levels in the coolant tanks cause the coolant to become caustic and eat away at soft metals such as brass and copper as well as paint. It occurred to Bill that bringing the coolant level to neutral could solve the problem, but that seemed like adding steps and he wanted to eliminate the problem.

Bill was back to research, contemplation and prototype trial and error. Within a few days he had perfected an inexpensive, non-corrosive, better-performing coolant nozzle. He used a medical grade acetal which is better than stainless steel because of its acid-proof features and bright color. He created a design with various spray port configurations to eliminate the need to bend, and break, the tubes. The design included orifice sizes that were 20% larger for more flow, which eliminated any restrictions caused by industry standard tube sizes. He developed a variety of ball sizes and lengths to fit almost every machine and they cost less than half the price of brass and copper nozzles. Bill used the look of the final product to inspire the trade name, Blu Balls®.

Not only did Bill’s lean thinking help solve a problem in the precision machining industry, but Fiat Chrysler Group buys them to maintain one of its lines.

The lesson? When a problem arises, lean thinking may not result with the elimination of waste, but replacing an inferior product with a better one, even if the better product needs to be developed.