A vast array of industries—including the aerospace, transportation, telecommunications and data processing industries—all employ critical electronics and circuit boards whose failure can be catastrophic. The printed circuit boards (PCBs) employed in these systems must be cleaned with a solvent prior to their use to remove flux and other soils introduced during the PCB manufacturing process. 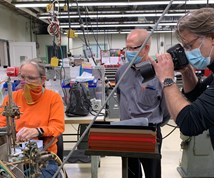 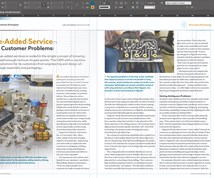 Products used in the semiconductor industry require precision cleaning to meet stringent performance criteria. The aerospace industry requires precision cleaning of landing gear to eliminate fracturing of landing gear parts due to trapped water. The jewelry and watchmaking industries demand an end product that is aesthetically pleasing, spot-free and void of any soils. Medical devices ranging from surgical needles to artificial heart valves must be cleaned to stringent standards to prevent infection and the spread of disease. The automotive industry requires precision cleaning of critical parts such as fuel injectors, ABS brakes, compressors, relays, sensors and switches. Solvents are also required for the spot-free cleaning of optical parts including optical assemblies, lenses, fiber optics and flat-panel displays.

The most widely employed method for precision cleaning is the vapor degreasing process. Figure 1 illustrates the design of a typical, modern vapor degreaser. Liquid solvent is placed in the “boil sump” and heated to its boiling point. Once boiling, the solvent produces a vapor that rises up through the apparatus until it reaches a lower set of cold coils (the “primary condensing coils”). These coils chill the solvent vapors and condense the solvent back into the liquid state. This liquid then drips into a condensate trough where it is routed through a water separator and directed back into the rinse sump. The rinse sump is already filled with clean solvent, and the addition of this newly distilled solvent will cause the rinse sump to overflow into the boil sump.

In a typical cleaning operation, the part to be cleaned is lowered into the solvent vapor, where the vapor, which is hotter than the part, condenses on the part and cleans it. Parts can also be cleaned by immersing them directly into the liquid solvent.

High compatibility with metals, plastics, elastomers and organic materials is required to prevent destruction of materials, equipment and parts that come into contact with the solvent. High solvent stability is a critical requirement. For example, eliminating the need for acid stabilizers reduces the cost of solvent maintenance, replenishment and replacement.

Worker safety is another key consideration in solvent selection—to ensure safety in use, the toxicity of a solvent should be as low as possible.

A high evaporation rate reduces the time required for the part to dry, thus increasing cycle times. A low vapor pressure is desirable as this will provide higher evaporation rates. The boiling point of the solvent should be low enough to allow easy separation of the solvent from greases, oils and other contaminants via simple distillation. The boiling point should also be high enough that the condensing coils of the vapor degreaser can function effectively using water. A low boiling point will reduce the time and energy required to reach it, and will also reduce the time required for parts to cool down to the point where they can be handled or transferred to the next process. In both cases a lower boiling point translates to increased throughput.

The latent heat of a solvent is related to the amount of energy required to vaporize the liquid solvent. A low latent heat provides increased mass of vapor per unit of heat input, reducing the cost of vaporizing the solvent.

Additional physical properties of importance when selecting a solvent include the vapor density, surface tension, viscosity and flammability. A high vapor density allows increased solvent vapor recovery and reduces solvent losses. As the general industry trend toward miniaturization of parts continues, a low surface tension is increasingly critical, as this improves the ability of the solvent to penetrate tight spaces, allowing thorough cleaning of complex precision parts and components. Low surface tension also reduces clinging of the solvent to the part being cleaned, reducing “dragout losses” when the part is removed from the vapor degreaser. Low viscosity is also desirable as it increases the ability of the solvent to penetrate tight spaces and helps reduce dragout losses. Solvent flammability obviously impacts the ultimate safety in use of any solvent.

During the early 1970s, the most popular solvent for precision cleaning was trichloroethylene (TCE). Due to environmental issues related to water and ground pollution, TCE was replaced in many applications by the fluorine-based solvent CFC-113 beginning in the late 1970s. TCE continues to face increasing regulations, both domestically and abroad, and is also a potential carcinogen.

The third and current generation of fluorine-based solvents is based on zero-ODP solvents such as HFC-43-10, HFC-365mfc and hydrofluoroethers (HFEs). These solvents have a zero-ODP, and moderate global warming potential (GWP) values. Building on existing zero-ODP solvent options, a new product line of zero-ODP, low-GWP solvents based on hydrofluoroolefins (HFOs) was introduced by DuPont in 2013. These solvents have been commercialized in Europe and Asia, and are currently undergoing governmental approvals in the USA.

As discussed above, two of the key criteria in solvent selection are solvent effectiveness and solvent toxicity. Figure 2 compares the solvency power of the most widely employed precision cleaning solvents. Solvent exposure limits for these solvents are shown in Figure 3. Due to their ozone depleting properties, the US EPA has ruled that HCFC-225, as well as any remaining supplies of HCFC-141b, cannot be used in vapor degreasing applications after January 1, 2015. It should also be noted that several of the agents in Figures 2 and 3 are being subjected to increased scrutiny due to their toxicological properties. TCE continues to face increasing regulations, both domestically and abroad, and nPB (n-Propyl Bromide) is under scrutiny by several regulatory agencies. The US EPA is currently considering petitions to classify nPB as a hazardous air pollutant, and the National Toxicology Program of the U.S. Department of Health and Human Services has reported that nPB is carcinogenic in rats and mice.

Precision cleaning is a critical, required step in the production of numerous products, and diverse require cleaning to stringent standards to ensure the final product provides reliable and trouble-free performance. While no single solvent can satisfy all precision cleaning demands, careful consideration of the key criteria for solvent selection and the properties of individual solvents will allow the end user to choose the solvent most suitable for their particular application.